The Hurricanes have pulled a controversial poster it used on Facebook to advertise its upcoming clash with the Chiefs after it was labeled disgusting and racist. 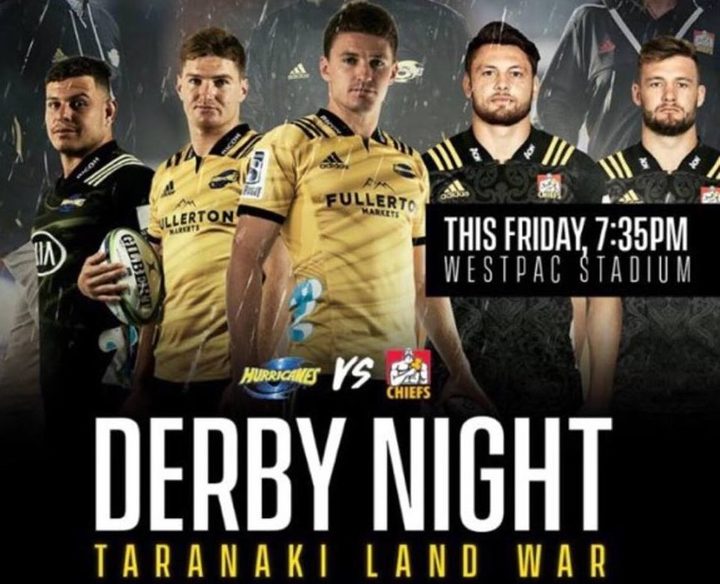 The poster featured the words, 'Taranaki Land War' alongside a number of Taranaki-born players who will take to the field on Friday.

The image was taken down within an hour of the first complaint made by Kaupapa Māori expert Dr Leonie Pihama.

She said many descendants of people who died in the Taranaki Land Wars were furious about the advertisement.

"It's not the kind of get up and fight response that I think they thought they were gonna get, but they've got a response from the descendants of people who were murdered, of women who were raped, descendants who exist in a context of parents who are still trying to heal from the historical trauma of those events."

She said there a major ongoing issues which stem from the colonial wars within Taranaki.

"We are still fighting for the return of the Pekapeka Block in Waitara, we see Parihaka papakainga still going through a process of healing in relation to their conversations with the crown.

Former Green Party MP Catherine Delahunty, who has worked with iwi trying to resolve Treaty of Waitangi claims relating to the Taranaki Land Wars, said comparing a sport to a war was wrong.

"Their sport is a sport, and they're trying to make it sound more like war I presume, but war is not a game and the impacts of colonisation, on Taranaki in particular, live to this very day."

She said the creators of the poster needed to apologise, and be educated.

"Whoever designed this and the people that signed this desperately need some Te Tiriti o Waitangi Education because they've actually hurt people who have spent their lives fighting to create peace and justice in Taranaki."

Dr Pihama said the poster raised the broader debate around the need to teach the history of Aotearoa as a compulsory subject in schools.

"If people understood and were educated and have a view on what actually happened in that period of time in this country they would not be using that as a way of promoting rugby."

The Hurricanes has since issued a formal apology.

"The Hurricanes acknowledge we have made a genuine mistake in regards to a promotion for Friday's match against the Chiefs by referring to a Taranaki Land War.

"Firstly we have unreservedly apologised to Taranaki whānui and Waikato Tainui iwi for any offence we caused. To our fans and supporters this does not reflect the views and values of the Hurricanes family, our players and coaches. We are sorry."