Power lines are down in Mt Eden after a double-decker bus crashed into a power-pole today. 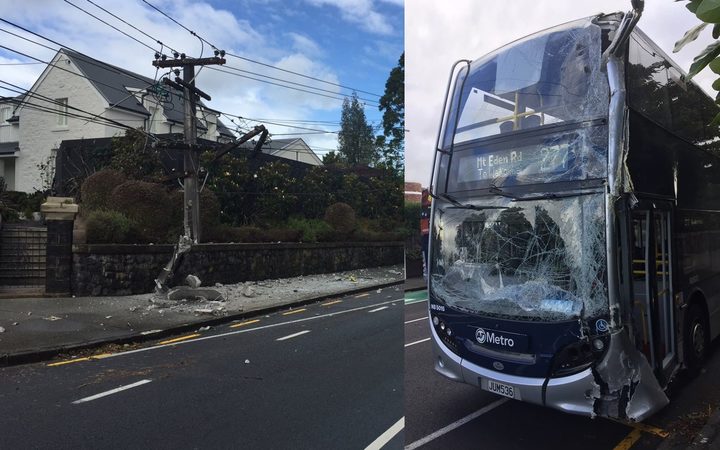 The scene of a bus crash on Mt Eden Rd and the damaged bus. Photo: Facebook / Auckland City Police

Police were called to the crash at the intersection of Mt Eden Rd and Watling Street shortly before midday.

They said there were no injuries.

The power pole was badly damaged and concrete debris was left scattered on the footpath, while the windscreen of the bus has shattered.

Parts of Watling Street and Mt Eden Road are closed while the lines crews worked to fix the power-pole.