The power company Vector says it may be several days before power is restored in some parts of Auckland. 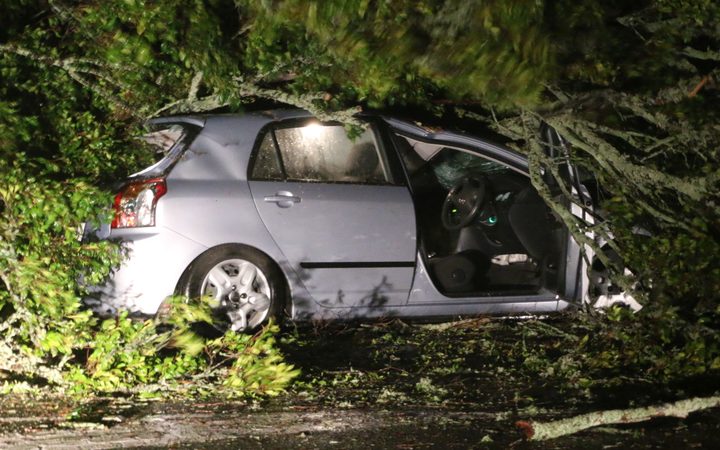 Its field crews are responding to nearly to 200 outages throughout Auckland.

Vector said its crews worked through the night in hurricane-force winds of up to 140km/h after 110,000 homes and businesses lost power.

Vector's head of network programme delivery, Minoru Frederiksens, said there has been a lot of tree damage and trampolines have been thrown into lines.

It is bringing in extra staff from outside of Auckland to tackle the workload.

However, it said the damage is expected be extensive and it may be several days until power is restored in some areas.

"I appreciate that's going to be very frustrating for people but we are mobilising many people and resources onto it," he said.

Mr Frederiksens said Vector is bringing in people from outside Auckland to assist with the recovery effort.

He said Vector will prioritise bringing power back to areas with key infrastructure and hospitals first, then work on areas with highest density population.

Mr Frederiksens said people seeking information about their area should use the Vector website rather than the call centre which is currently under high volume.

Meanwhile, strong winds have caused further damage to about 8200 Powerco customers in the North Island, with half of those in the Coromandel alone.

A fault on the feeder line to the town's substation has left 4600 without power in the Tairua.

Another 3400 properties are still off line.

The operations manager, Phil Marsh, said crews are trying to find the cause of the fault to assess the damage and fix it.