An Auckland bottling company involved in the debate over Māori water rights at Whangarei's Porotī Springs has sold up to the Crown. 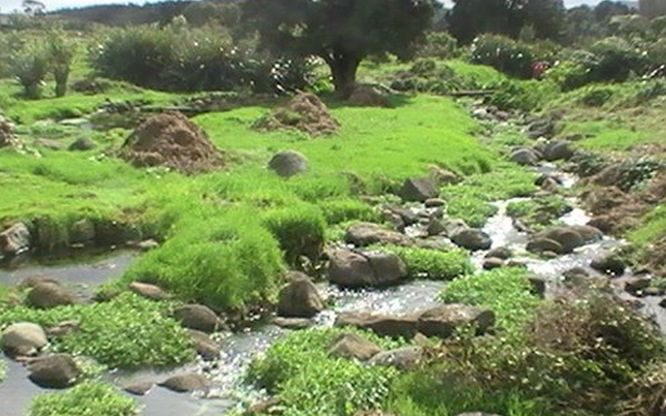 Zodiac Holdings has reached a $7.5 million dollars settlement with the government for its land and water-take consents at Porotī, near Whangarei.

The company said the transaction followed three years of formal discussions with the government, initiated by former Minister of Treaty of Waitangi Negotiations, Chris Finlayson.

The company, which held 35-year water rights to the aquifer that feeds the springs, recently announced it would build a bottling plant at Marsden Point.

The Porotī Springs Treaty claim, by the Whatitiri Māori Trustees, is considered the strongest claim in respect of Māori rights and interests in freshwater.

The trustees, who own the springs, objected to the water rights granted to Zodiac in 2013, and told the Waitangi Tribunal their loss of power to influence councils in their decision-making over the aquifer was a breach of the Treaty.

Zodiac said it had sought at all times to consult and accommodate the concerns of the Porotī hapu and the trustees.

It said it understood that its settlement with the Crown could now facilitate the stand-alone resolution of the treaty claim and provide potential long-term economic opportunity for the claimants.

"Zodiac views the transaction as a significant step forward in resolving this grievance at Porotī Springs," the company said.

"The resolution benefits not just the local hapu, but other local stakeholder with existing interest in the waters flowing from the springs."

The Whangarei District Council and a local irrigation company also draw water from the aquifer.

The company said it was also mindful of increasing public environmental awareness about the need to reduce single use plastic products.

Treaty Negotiations Minister Andrew Little has confirmed the purchase and said the Porotī land was secured for Treaty settlement.

"The Crown has purchased nearly four hectares of land near Porotī Springs which will be landbanked for a future Treaty settlement, " said Mr Little.

He said the government has secured land that had been the focus of Ngāpuhi concerns about the health and well-being of Porotī Springs.

Mr Little also confirmed the purchase included the resource consent to extract water from the Whatitiri aquifer which feed the Porotī Springs.

The management of the land before settlement would be the responsibility of the Crown Property Centre of Expertise at Land Information New Zealand.

"I want to acknowledge the hapū who have endured years of frustration," he said.