A Yak 3 warbird has crash landed at the Warbirds Over Wanaka show but no one has been injured. 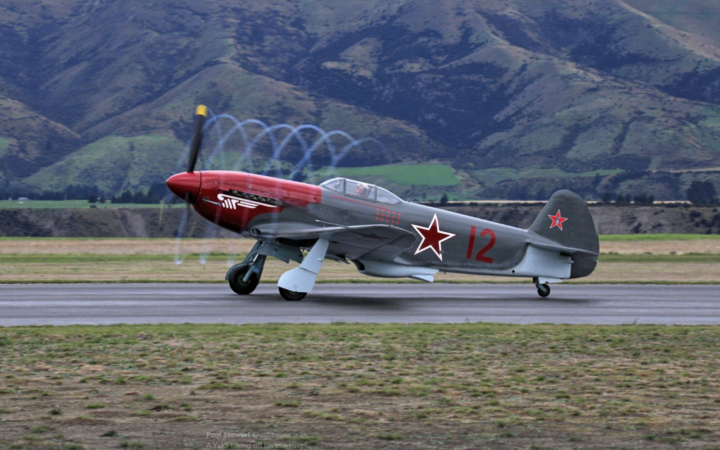 A yak3 at the Warbirds Over Wanaka show. Photo: Twitter / Paul Stewart

The plane hit a small crane parked near the runway at Wanaka's Airport.

Onlookers said the pilot, the only person in the plane, walked away safely.

Event organisers said only the wing of the Yak 3 had been damaged.

"The aircraft, owned by a Wanaka pilot, had touched down on the grass runway but soon afterwards a wing clipped a stationary cherry picker near the grass runway, in use for the airshow," organisers said in a statement.

The damaged warbird was one of two Yak 3 aircraft involved in the opening display. The other aircraft landed safely.

The show got under way late this morning because of bad weather.

An Air Force helicopter brought the show's founder Sir Tim Wallis into the airport to begin the show earlier today.

Not a great start to #WarbirdsoverWanaka Glad the pilot was okay! pic.twitter.com/p4mAvJVj9M

Warbirds Over Wanaka has launched a full investigation into the crash. The Civil Aviation Authority will be involved.