A man shot dead by a police officer early this morning was coming at the officer with a machete, police say. 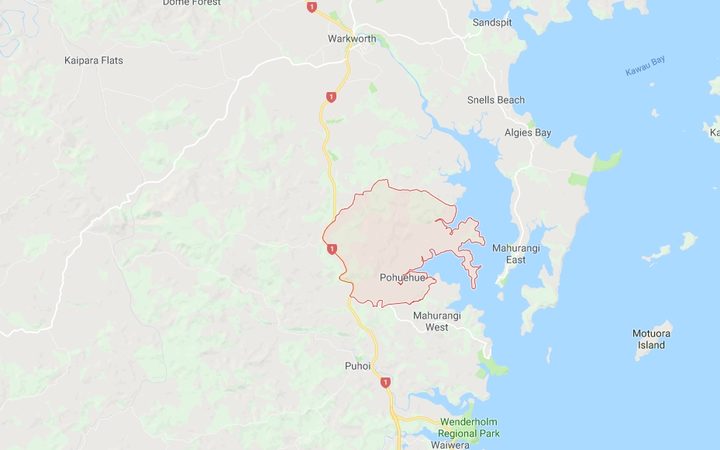 The dead man is a 29-year-old from East Auckland, but his name has not yet been released.

A woman fearing for her safety had phoned the police earlier this morning about the man.

Police said when they arrived at the Onehunga home about 3am no one was there.

They said a rural officer later stopped a car which had its hazard lights on. The driver of the car got out, wielding a machete and threatened the officer.

The officer called for back-up and the car was followed to Puhoi.

The car was successfully spiked on SH1 near Mahurangi West Road at around 3.50am. The driver then got out of his car, threatening officers with the machete.

The police then fired shots at him.

They provided immediate first aid but the man died at the scene from his injuries.

Waitemata District Commander Superintendent Tusha Penny said it was a tragic outcome and police's sympathies were with the family of the man.

"We have ensured that Victim Support is available to them and we will support them.

"We had approximately five police vehicles there and a number of police officers."

She said none of the officers had been stood down while three investigations were underway - a criminal inquiry, one about the processes the police took, and one by the Independent Polict Conduct Authority.

"They deal with, often, very dangerous life threatening situations that are complex that are fast and they have to make split second decisions."

She was not able to say more in the early stages of the investigation, she said.

Police Minister Stuart Nash had also offered his sympathies to the family of the man.

Mr Nash said it was important to also acknowledge the impact the shooting would have on the officers and other emergency services personnel involved.

The public trusted police to make the best decisions in extreme situations and the effects of their actions would stay with them.

The Police Association said its priority at this time was to look after its members.

"What they're going through is very traumatic and nobody wants to be in that position so we provide all the support we can," vice-president Marcia Murray said.

A representative from the association was sent out this morning to ensure the officers' safety and welfare.

State Highway One has reopened north of Auckland. The section from Orewa to Warkworth was closed while the police investigated, forcing motorists to take State Highway 16.