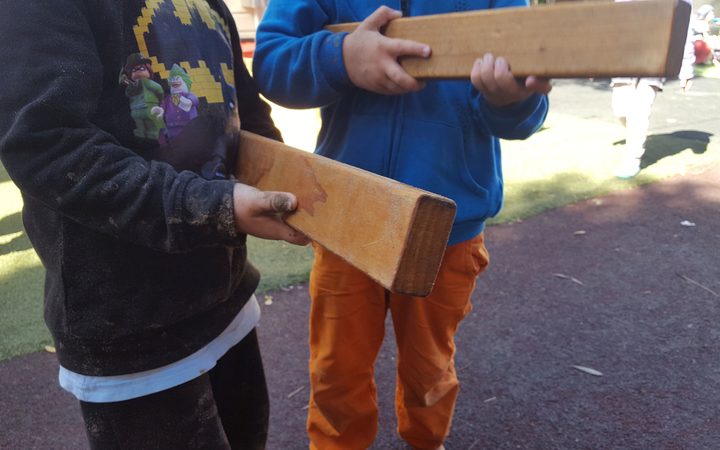 Evolve Education developed the 'Gun Safe for Kids' resource, which included a cardboard gun safe, targets and licences, and is piloting it at an early childhood centre in Leeston.

A website with downloadable copies of the resource said the kit "teaches children to respect toy guns today so they will respect real guns tomorrow".

She said gun play was common, but there was no need for a special kit.

"Gun and weapon and superhero play has always been part of early childhood education, it's part of dramatic play.

"But Evolve in producing or endorsing this programme is kind of taking it to a different level. They're saying they're pro gun and this is the first early childhood education organisation to take this particular stance," Dr Alexander said.

Whānau Manaaki, which runs kindergartens in the Wellington region, said teachers might issue licences and talk about gun safety with children when it came up, but a standardised kit was not helpful.

"You run the risk of giving confusing messages to children that maybe hadn't even thought about it. When you start to put standardised stuff out, children can get the wrong impression. It may create anxiety in them," its chief executive Amanda Coulston said.

The head teacher at Adelaide Early Childhood Centre in Wellington, Karen O'Leary, said in any form of play children needed to feel safe and respect others.

She said toy gun licences were an adult way of dealing with an adult issue.

"Realistically this is just very, very common play for young children and there's no evidence or research that suggests gun play for children then will turn into adult violence with guns. I think sometimes we're overthinking these things," Ms O'Leary said.

Sherryll Wilson, the chief executive of KidsFirst Kindergartens, which covers Canterbury, the West Coast and Central Otago, said it would not go so far as using a particular kit to deal with gun play.

Ms Wilson said teachers helped children explore their interests and in the case of guns that would include safety requirements and what behaviour was appropriate.

"The children actually then tend to design their own gun licence and demonstrate their understanding of the responsibility of having a gun," she said.

"We would certainly introduce the concept of safety around guns if that's where the children's interests were. We wouldn't bring out the kit and say to children, well, here's a gun and here's the safety kit that goes with it."

However, firearms safety consultant Mike Spray said the kit was a good idea because children needed education about gun safety, especially if they lived in rural communities where hunting was common.

"They're hitting on some real fundamental principles around firearms safety and the first being you never point a firearm at yourself or anybody else," he said.

"Even it is a toy gun, it's unsafe and it's discourteous to point a firearm so I think that's good because it's starting to ingrain that very fundamental thing."

Evolve Education said in a statement it believed there was strong support for the programme in many rural communities and it had no intention of introducing it to urban centres.

It said the kit did not include toy guns and none of Evolve's 130 centres had such toys.

"Teachers routinely observe children using their fingers, sticks and other objects to represent guns during their free play, and this programme is about teaching children some simple rules around how to enact such play safely with these objects," it said.