The new layout proposed for an America's Cup Village in Auckland could take two months longer to clear the planning process, than the abandoned concept. 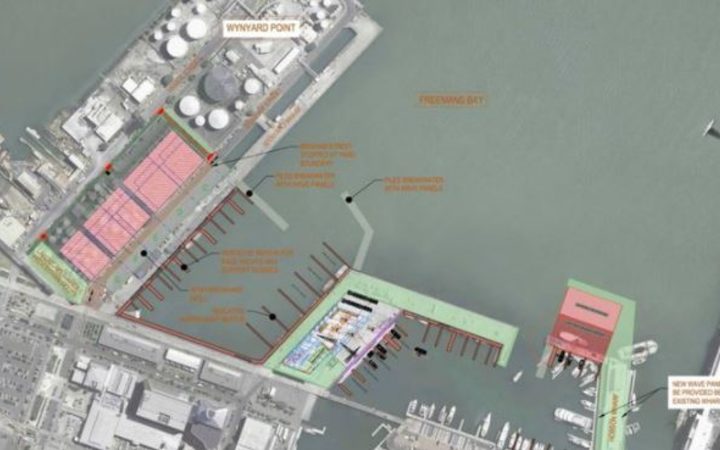 The Auckland Council meets tomorrow to sign-off the plan unveiled on Monday to spread seven team bases across three wharves for the regatta in 2021.

New details about costs show the construction will come to $123 million, with a further $42m in what's called commercial and related costs.

The all-up cost for the council and government to build facilities, and help fund the event, is $212m.

A report on tomorrow's meeting said re-starting the resource consent process will add two-months, but that could be recovered during construction.

Plans to relocate a seaplane and the commercial fishing fleet to the western side of Wynyard Wharf are on hold while other options are explored.

While Auckland Council won't contribute to the running of the regatta itself, it will provide services worth around $7m.

Team New Zealand will occupy the council's waterfront Events Centre for nearly three and a half years, losing the council up to $13m in revenue.