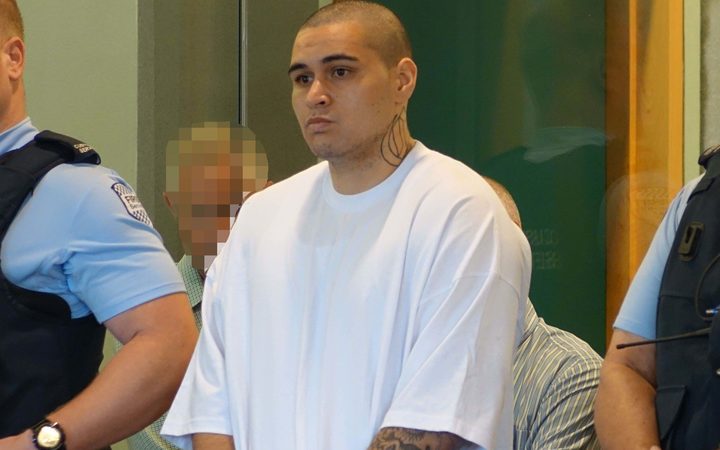 Turiarangi Tai, on trial in the High Court in Auckland for the murder of Chozyn Koroheke. Photo: RNZ / Laura Tupou

Tai was on trial at the High Court in Auckland where he denied murdering 22-year-old Chozyn Koroheke, but admitted to illegally having the gun that killed her.

Ms Koroheke, a mother of two, was shot and killed in her Pakuranga home last April.

Police searched for Tai, Ms Koroheke's boyfriend, who handed himself in after nearly two weeks.

The jury deliberated for more than 12 hours after the three week trial.

Tai has previous convictions for which he received a first strike warning.

Today's murder conviction is his second strike and the law says he now faces life without parole unless the judge finds to do so would be manifestly unjust.

Ms Koroheke's parents sat in the front row in the public gallery.

The victim's father buried his head in his hands and wept silently as the verdicts were read out. Ms Koroheke's mother leaned in for a hug.

Ms Koroheke's parents yelled thank you to the jury as they left.

Family spokesperson, Mike Tuiliili said it had been a distressing 12 months for the Koroheke whanau.

"Thank you for your prayers and your messages of love and support.

"We ask for continued privacy at this time as the family continues their focus to accommodate for the needs of Chozyn's two young children."

Moheofo Manulevu, who was also on trial, was released after the jury found her not guilty of being an accessory after the murder.

"He loaded the fire arm, disengaged the safety catch, put his finger inside the trigger guard on the shotgun and deliberately pulled the trigger and fired the shotgun at Chozyn with a clear intention to kill her, or at the very least injure her, and being reckless in whether she died or not," Crown prosecutor Mark Williams said during the trial.

Mr Williams said Tai and Ms Koroheke had a short relationship but it wasn't the first time Tai had been violent towards Ms Koroheke.

There had been an incident a week earlier, he said.

"It was on this occasion, the Crown say, that Tai had assaulted Chozyn in the head with a rock. He'd also stabbed her on another occasion in the month prior to that."

But Tai's defence lawyer, Peter Kaye, said his client thought the safety catch was on when he fired the fatal shot.

"It was never deliberate and I stand by that," Tai told the court.

Mr Williams questioned Tai heavily about any prior threats he had made towards the victim.

Tai maintained he "can't remember" how else he had threatened her.

Evidence was presented of a text message Tai sent to Ms Koroheke, saying "four bullets if you don't pay up" which he eventually admitted meant he threatened to shoot her.

He said it was in the heat of the moment but the victim owed him $30. 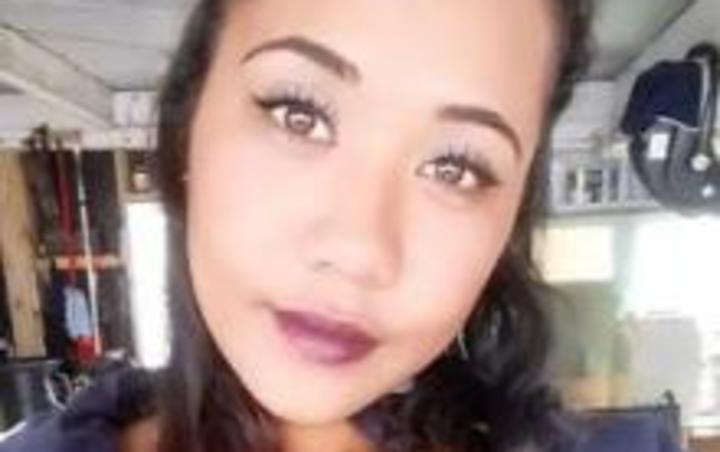 Tai had told the Court he flicked the catch on the gun to 'S' before he went into the bedroom thinking it meant the safety was on but on that model it meant the opposite.

"Why does 'S' mean 'F' for fire?" Mr Kaye asked the jury in Tai's defence, claiming his client had limited knowledge of guns.

After the shooting Mr Tai fled the scene eventually but not before helping his girlfriend, Mr Kaye said.

The jury earlier heard the 20 minute emergency call Mr Koroheke made - Tai's voice could be heard in the background.

"Fight with me, he says to her," Mr Kaye reminded the jury.

"This is no executioner fleeing the scene this is a man - in his own rough common way, maybe - caring for the woman he loves."

The two eye witnesses to Ms Koroheke's shooting said it happened in a matter of seconds, lawyer Peter Kaye said in closing.

Mr Koroheke and Ms Douglas testified that Tai firstly aimed the double-barrelled shot gun at Ms Koroheke's head, then lowered it and fired it just above her right hip.

Mr Kaye argued Tai never aimed the gun at the victim when the shot was fired but, like the witnesses said, he was lowering the gun.

He urged the jury to consider manslaughter, not murder.

Tai will be sentenced on 29 June.