The rock lobster industry is bracing itself for huge cuts to its crayfish catch in the Hauraki Gulf and Bay of Plenty. 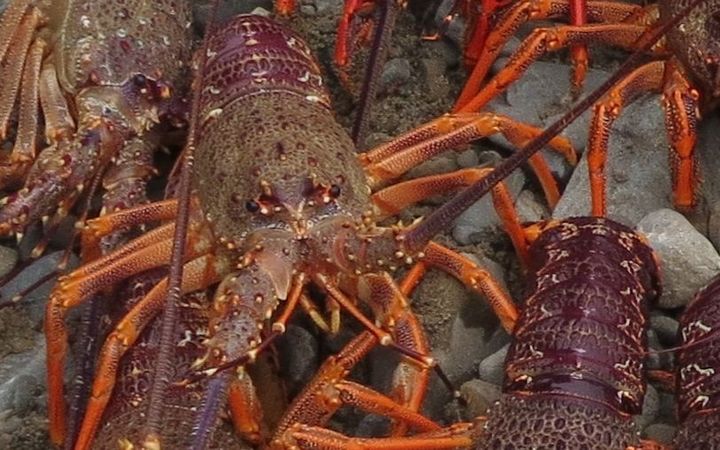 It forecasts this, and other reductions, will reduce its earnings in the area from $17 million to approximately $7m a year.

The comments came after the Fisheries Minister Stuart Nash cut the allowable rock lobster catch from 200 tonnes to 80 tonnes for the year starting next month.

The aim was to restore a fishery deemed to be seriously depleted.

The chief executive of the Rock Lobster Industry Council Mark Edwards agreed with this and said the industry had already cut its actual catch by 50 tonnes for each of the past two years.

And it planned to go further.

"The industry has accepted that measures are needed to secure a rebuild for this fishery and further measures were needed to achieve this," he said.

"But this decision is an aggressive cut and will have serious social and economic consequences for the industry.

"There will also be adverse impacts on associated businesses and the communities that they operate in."

Mr Edwards said the fishery had never been very productive and the last significant increase in crayfish population was more than a decade ago.

The science is unclear about the reasons for this.

In the meantime it would not be realistic for idled lobster boats to switch to other species because of their specialised fishing technology and the need for their owners to buy new quota to go fishing for other species.

The Minister's decisions followed a grim assessment of the state of the Hauraki Bay of Plenty fishery.

"Female spawning stock biomass during autumn-winter in 2016 was estimated to be at 18.5 percent of the unfished level," the Ministry for Primary Industries said in a report.

"This places the CRA 2 fishery below the "soft" limit of 2 percent of the unfished spawning stock biomass, the level where it is MPI policy to implement a formal, time-constrained rebuilding plan."

The drop in catch limits from Hauraki to East Cape was shared by a drop off the coast of Otago, from 112.5 tonnes 97 tonnes.

By contrast, allowances off the Wairarapa Coast rose from 289 to 318 tonnes and allowances in the Fiordland - Stewart Island area rose from 962 to 1071 tonnes.

But Mr Edwards said this increase would not help surplus boats up North which were tied to particular regions.

The decisions made by the Minister Nash have been welcomed by the recreational fishing industry.

But it said the moves to restore the fishery should have been made four years ago.