Two yachties are still waiting to be rescued off the Northland coast after four failed air and sea rescue attempts. 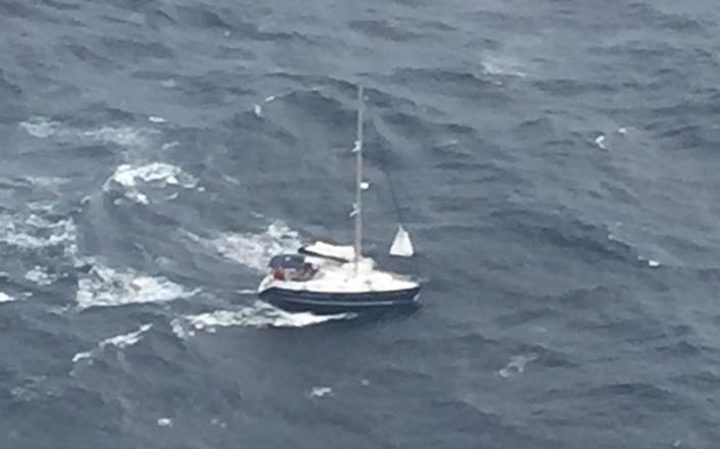 The 12-metre yacht issued a distress call at 6pm on Saturday but rescuers have been unable to reach the crew Photo: Supplied / Coastguard Northern Region

Spokesman Georgie Smith said the pair requested to be airlifted from the boat, abandoning the ship, but swells up to five metres had made that too risky.

"Given the sea conditions are still incredibly rough, it's been unsafe to [rescue them]," she said.

"Coastguard radio is continuing to liaise with the two people on board - they are incredibly tired and exhausted from the ordeal, but otherwise well."

The pair had been advised to shelter behind Poor Knights Island before another rescue attempt on Monday.

Ms Smith said the pair were having trouble steering and were low on diesel and water.

They did have lifejackets but she did not know whether they were experienced sailors, she said.

It had been a very frustrating situation for rescue volunteers trying to get to the pair.

"Safety of everyone is paramount and it's for those reasons that a safe rescue hasn't been able to take place."