Chatham Islanders are hoping their new wharf will make life on the island much smoother sailing. 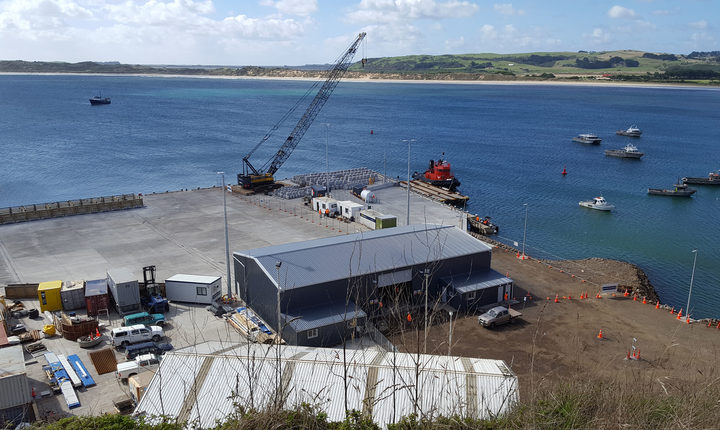 About a third of the 600 people who live on Chatham Island turned up as Internal Affairs Minister Tracey Martin officially opened the $52 million wharf yesterday.

Those behind the project hope it will reduce the number of days ships can't dock from 70 a year to 15.

Her customers would get grumpy when the ships couldn't get in, she said.

"So you're running out of petrol, groceries - essential supplies, some would say beer is essential - when you run out of that, that's tough times.

"So having this all-weather port, this great facility and also a fisherman's wharf that is nice and clean for exporting our fish and our produce."

Before construction on the wharf and the 163m breakwater could begin, a quarry had to be established on the island to provide the rock and concrete for the project.

Memorial Park Alliance manager Hugh Milliken said the island's isolation made it one of the hardest projects he had ever done.

"The reason we got the breakwater is because there's not a lot of protection here from the predominant sou'wester. It's the same weather that comes across the Tasman and hits New Zealand ... so the weather here gets very large.

"It means when a ship comes in the ship can't tie up at any wharf structure so we had to build something out in front of it to protect it."

Ms Martin said the new wharf would have a big impact on the island.

"With the regard to the difference that it is going to make, I think it's that continuity, it lets the industry here grow."

Locals took the opportunity to hit up the government ministers on the trip up for other infrastructure too.

And they got a sympathetic ear from the Deputy Prime Minister Winston Peters.

"So they deserve to be looked after properly, because they pay their taxes and they raise huge export wealth for New Zealand," Mr Peters said.

The government was also spending about $12m upgrading the wharf on neighbouring Pitt Island, which has a population of 30 people.