A street upgrade is hoped to bring to an end a two-year battle between a rogue car park engineer and Wellington City Council. 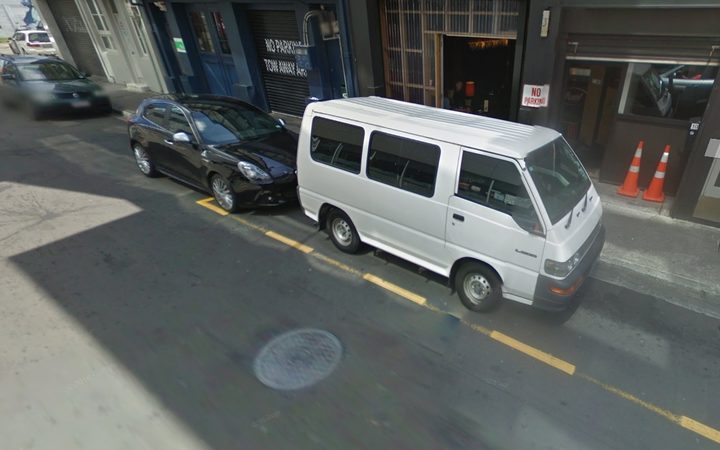 The "loading zone" on Wellington's Holland Street may look fairly official, but it's been painted on without council approval. Photo: Google Maps

One resident, Russell Taylor, had a victory over the council last year when the yellow lines he took it upon himself to paint on the road were made official.

He had been fed up with the length of time it was taking for the council to fix the problem of parked cars blocking the entrance to his street, but it was 20 years before the council realised what he had done.

However, another guerilla line painter has been creating their own loading zones - this time on a small, dead-end street in the central city and with a seemingly selfish motive.

"There's a low-level battle going on in that street probably for the last few years between presumably some locals and the council over the painting of an unofficial loading zone," council spokesperson Richard MacLean said.

Mr MacLean said the street in question - Holland Street, an alleyway between two restaurants and a church off Tory Street - had limited parking.

Someone was probably trying to ensure a regular car park in the street, he said.

"If you look closely you'll notice it's a bit rough around the edges, but it's probably doing enough of a job to confuse someone who's not familiar with the street," he said.

"There's very few car parks in the street ... we have our suspicions but the thing is it's not exclusively being used by one vehicle.

"What we normally do is we would go in there and we would get rid of the unofficial yellow lines but inevitably over the next few months they reappear."

He said the council could go in again and get rid of it soon, but the problem had been more visible because of a longer-term point of contention.

"The reason this has sort of come to light is that we have plans to spend some serious money on Holland Street and turn it into an attractive - what's the current parlance? A 'laneway' - so to speak.

"That's causing a bit of a stir in the street because that's going to make some changes to the parking, so that's why it suddenly leapt into the public view yesterday.