First-home buyers are being blamed for a shortage of rental properties in Whanganui that has left some of the city's most vulnerable residents scrambling to put a roof over their heads. 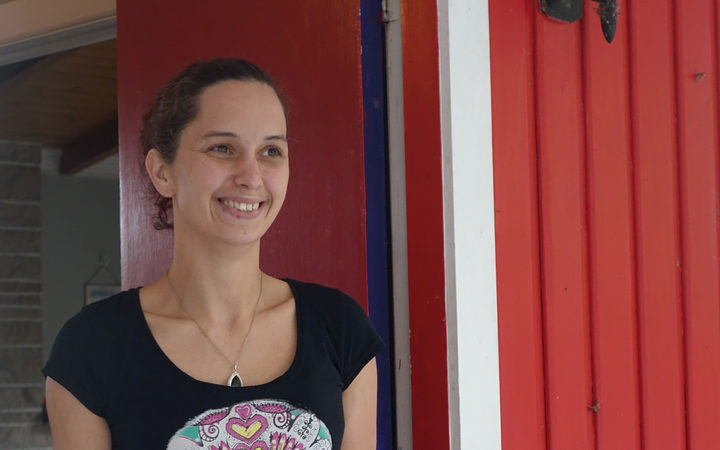 Loren Darby is a single mother, on a benefit, in emergency housing Photo: RNZ/ Robin Martin

Emergency and social housing is crowded and people have been resorting to sleeping in cars while landlords are being picky and ramping up rents.

Single parent Loren Darby had no idea of the struggle that awaited her when the property she rented was sold late last year.

The mum of two said she had been invited to a solitary viewing over the entire four months she had been house hunting.

"There's not much out there. Each week it averages about 30 houses or so but when it comes to like single mothers or beneficiaries you kinda get looked at sideways and it's down to the bottom of the list."

Ms Darby, who said she had never had an issue with a landlord, was now living in Salvation Army emergency housing.

The reaction she got when she replied to a "to-let" ad at the weekend was typical of what she's experienced, she said.

"She asked me my situation so I explained it to her obviously. 'I'm a single mum with two kids, on a benefit, in emergency housing' and straightaway she turned around and said 'I'll have to stop you there. The ad says professional or couples' so that was it, end of the conversation."

Ms Darby was not alone.

Tracy Anderson - also a single parent - has just moved into a home after a similar experience. 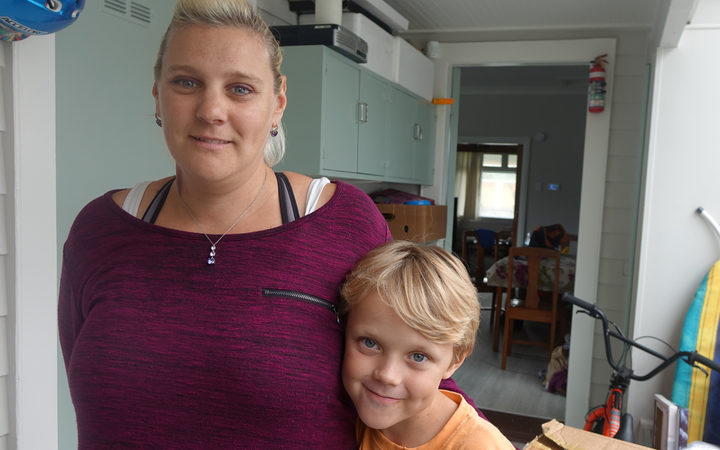 "Last November my house sold that I'd been renting for three years. l applied for 150 plus houses. Just got rejected, got declined but kept searching, kept going and then finally I managed to score one and I've got a roof over my head so it's good. I've been here a week."

Ms Anderson, who said she had had issues resolved in the Tenancy Tribunal, said things hit rock bottom when she had to bundle Reece, 9, and Isabelle, 6 into her car.

"It's been tough. I stayed with my mum for a few months and then with a friend but it got to the point that I went into my car for a bit.

"It was just so hard. I felt like I had failed my children."

The Whanganui branch of the Property Brokers got Ms Anderson into a home.

Branch manager Philip Kubiak said mum and dad investors were selling off rentals which were being picked up by first home buyers.

"What we're seeing in the rental market is just a severe shortage of rental properties, especially three-to-four bedrooms and a heavy demand from prospective tenants.

"So there's a lot of tenants wanting properties and not enough rental properties for them."

Median house prices in Whanganui have risen more than 24 percent over the last two years to about $240,000 as people move to the city to get on the property ladder.

Rents are also up about 50 dollars a week over the past 12 months.

Glenn Anderson of the Salvation Army said the situation was dire and many landlords and letting agencies were taking advantage of the market and falling back on old stereotypes.

Mr Anderson said people jumping on the Whanganui bandwagon were also getting caught out.

"Some of our new population that's thinking Whanganui is answer to their dreams and their hopes are just turning up in the city with no plan.

"No prospects of work, hadn't thought about housing at all and so we've had people living in cars at the beach before they've connected with an agency."

If you've ever wondered what it was like to bunk up in a car with your family, take it from 9-year-old Reece: it was not pleasant.

"It was a bit noisy because sometimes the people would drive past really fast and I tried getting to sleep and sometimes my sister would roll over on top of me and it was really hard."

Reece admitted it was a little scary staying in the car.

Landlords Link managing director Tracey Onishenko said there were properties for rent in Whanganui but not all applicants were suitable.

"Some of them have got bad credit, some have been to Tenancy before and we can't rent to a lot of them because the owners won't let them into their houses."

The Ministry of Social Development has 64 current applications for assistance on its Whanganui housing register.

The Salvation Army has eight emergency houses in the city, all of which are full.

Housing New Zealand has 560 properties in Whanganui, all but nine are occupied. It was planning to build seven more in response to demand.

The district council has 275 pensioner flats, 16 are vacant and being prepared for letting.