A barrister who has advised the families of people killed in police pursuits, is calling for an immediate ban on chases with the exception of serious offences. 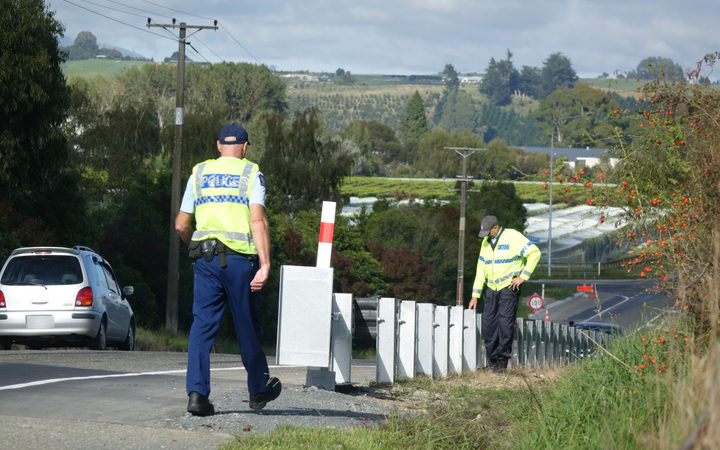 Police investigating the scene of a fatal crash near Nelson. Photo: RNZ/Tracy Neal

Three people died at the weekend after a car being pursued by the police near Nelson crashed into an oncoming car, killing two people in that car and the driver of the other car.

Police had attempted to stop a vehicle while conducting enquiries to find a wanted person when the driver fled.

The driver crashed into another vehicle while attempting to overtake a truck, police said.

The Independent Police Conduct Authority is working with police to review police pursuits and its findings should be made available later this year.

However Ms Manning said she wants an independent inquiry.

"I really fail to understand [why] the watchdog [is] doing a review with who they're supposed to be watching," she said.

Ms Manning said majority of pursuits are started due to minor offences and the threshold needs to be much higher.

"There needs to be clear grounds for initiating a chase that can lead to loss of life not only of the drivers and their passengers but of innocent members of the public."

Police Minister Stuart Nash said the death of the three people in the police chase was an absolute tragedy for everyone involved.

Mr Nash said he trusts the police to make the right decisions when it comes to car chases but he supports the review into pursuits.

"I want to find out ... what training are officers are getting, first of all in the police college but also ongoing training, in terms of when to pursue, when not [to pursue] and what judgement calls they're expected to make under what conditions," he said.

Assistant Commissioner for Road Policing Sandra Venables said she assumed that the vast majority of police pursuits are still started because of traffic offences, but drivers needed to stop.

She said there were multiple investigations into the chase but she couldn't comment on the specifics.

"The need to ensure public safety and uphold the law is always weighed against the risk to the public, so weather conditions, the manner of driving, the location, other vehicles on the road are all considered in whether to initiate and then continue a pursuit," she said.

But Ms Venables said drivers have a choice in whether they choose to flee or stop for officers.