The Crewe murders, the Rainbow Warrior bombing and the Bassett Rd machine gun murders - all notorious cases, and all heard in the grand Victorian courtroom number one at the High Court in Auckland. 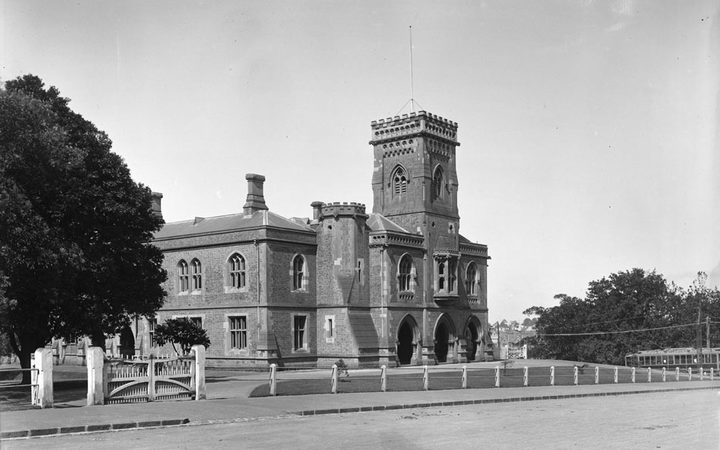 Many of those who have sat in that courtroom have not done so willingly - but on Saturday the beautifully carved kauri doors will be thrown open to the public to come and go as they please, as part of the court's 150th anniversary celebrations.

Courtroom one was commissioned at the end of a building programme in 1868 and has "a real ecclesiastical feel to it", Justice Simon Moore says.

The courtroom heard all of Auckland's major trials up until the 1980s.

"It is classically Victorian, isn't it? With these arches and the heavy carving of leaves and fruit incorporated into all of the panels," Justice Moore says.

"It really is magnificent. It must've taken years and years to have been completed."

The kauri panelling and carving, the vaulted kauri ceiling, and carved filigree all face the dramatic canopy where the judges sat and heard cases. The red gowns and long-bottom wigs are now a thing of the past but are still dusted off for special occasions. 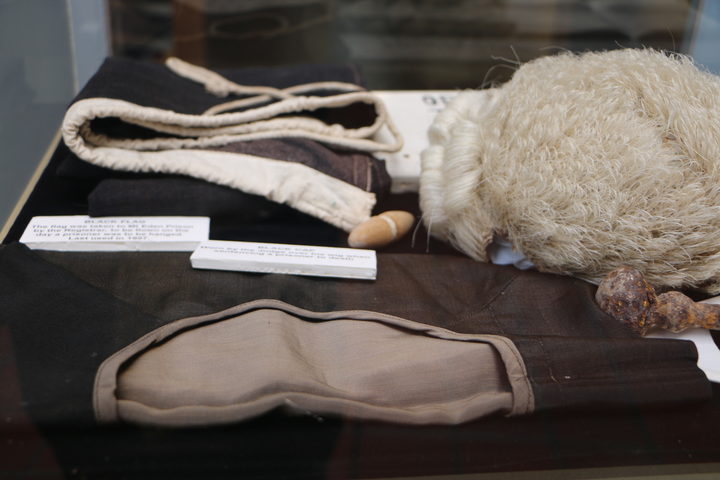 The black cap (foreground) worn by the judge over their wig when sentencing someone to death, and the black flag (rear) flown at Mt Eden Prison on the day a prisoner was to be hanged. It was last used in 1957. Photo: RNZ/Edward Gay

Justice Moore recalls the William Bell RSA murder trial initially being held in courtroom one, but it was soon apparent the old building was no longer suitable to hear modern cases, with its narrow desks and brutal layout.

"But there were other aspects of the architecture of this courtroom which weren't really up to it and one of them, obviously, is the dock, and the access from the cells to the dock," he says.

The "classically Victorian" dock was accessed from the cells via a steep spiral staircase and a trapdoor at the top of the staircase.

"Every time the accused moved in and out of court, you would hear the footsteps ringing through the courtroom as the defendant ascended the stairs," Justice Moore says.

"Then you would hear the trapdoor open and then would emerge the prison officers." 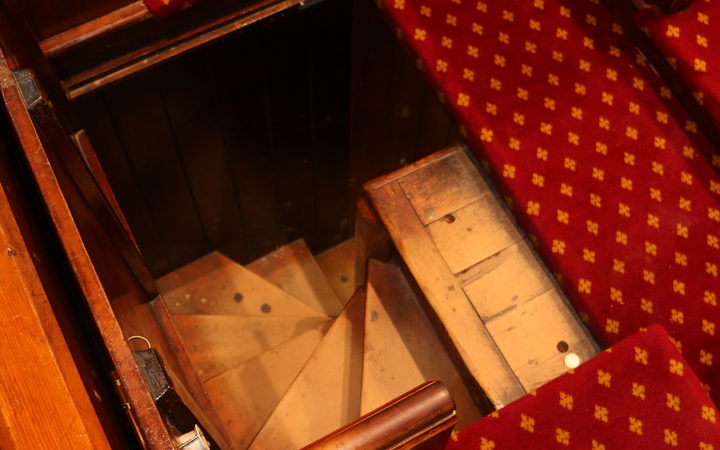 The trapdoor and staircase leading from the dock down to the cells Photo: RNZ/Edward Gay

The cells beneath courtroom one are an eerie space, with raw stone walls. One cell has an iron door.

Until recently it was still possible to see the iron rings in the floor and walls that prisoners were manacled to, Justice Moore says.

Inside the courtroom, the prisoner would have seen the jury seated at kauri benches to their right and the press to the left, at a bench with a sign in gold that reads, 'Press Only'.

The honey-coloured kauri benches are littered with graffiti - journalists over the last 150 years have added their names and the names of defendants to the benches.

Above the back of the court is the mezzanine gallery that was reserved for women only.

Outside, the building is adorned with gargoyles and the faces of prominent people in Oamaru stone - Hone Heke, Queen Victoria and judges of the court.

There is also a new memorial garden to Justice Sir Robert Chambers, who sat at the High Court in Auckland before taking an appointment at the Court of Appeal and then the Supreme Court. He died suddenly in 2013, aged just 59. 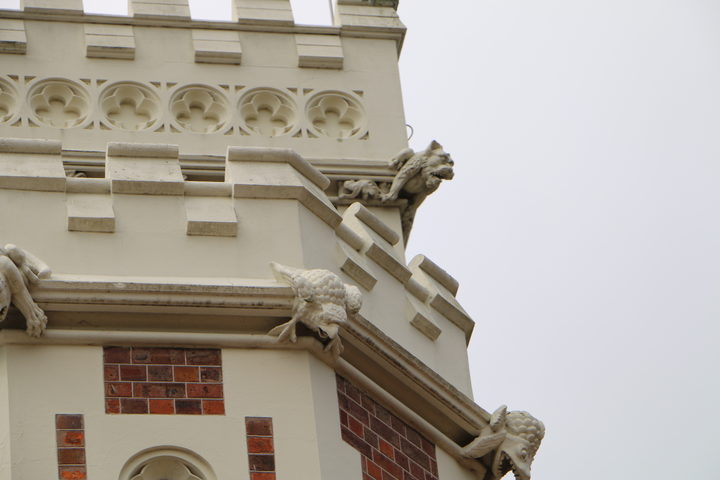 Court manager Nana Matenga says the building is in such good condition - not only because it has been restored - but because it is still used.

"It's having people in it and breathing with it that's actually kept it alive," she says.

"I think buildings that ... just end up closed down - that's when they really start to deteriorate because there's no life in them and it really is the people that allow this place to breathe."

The building is not a museum, Justice Moore says.

"There are people working in every corner of it, every working day and so it is alive and breathing as Nana says."

On Saturday there will be guided tours, historic registers will be on display, footage from famous cases will be played and there will be a mock trial of the 1934 Lakey murder case.

The murder of Samuel and Christobel Lakey took place in rural Auckland. One of the key peices of evidence was a small fragment of human bone found in the pig pen belonging to the killer.

Despite efforts to get his sentence commuted to life in prison, Alfred Bayley was hanged at Mt Eden.

The High Court in Auckland as it is today - the original portion of the building is to the right Photo: RNZ / Claire Eastham-Farrelly