The Crown has challenged many of the claims by a former Air Force staffer, who says she resigned after complaining about abuse by her superior. 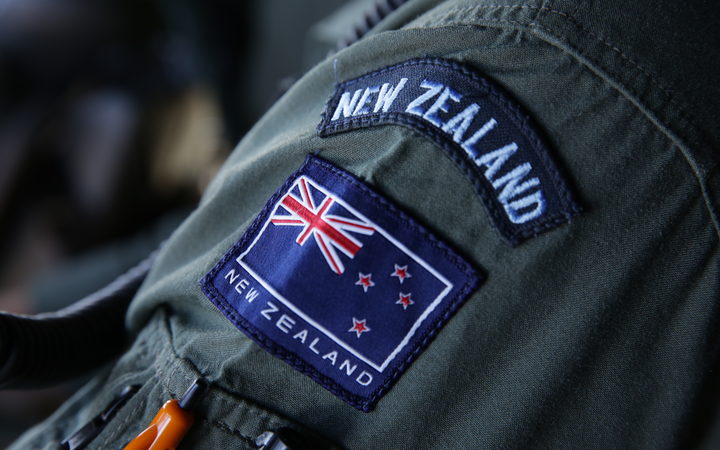 The woman, who has name suppression, is suing the Crown for damages at the High Court in Auckland, arguing the Air Force failed to act on complaints about the behaviour of Robert Richard Roper.

Under cross examination today by Crown lawyer Antonia Fisher QC, many of her claims were challenged.

Roper was jailed for 13 years in 2014 for sexual offending against five girls while serving in the Air Force in the 1970s and 1980s, including raping his daughter.

Leave records show in the first six months at Whenuapai the woman was on duty with Roper for 23 days and by the time she had left, Roper had been permanently transferred to RNZAF Base Ōhakea.

"There was a lot of socialisation over that period so it wasn't as if he wasn't a presence," the woman said.

She also said Roper would often return to Whenuapai on weekends and she would pick him up as part of her duties.

Ms Fisher said the court would hear from another woman who had complained about Roper's behaviour to the same senior officer as the plaintiff and it was dealt with swiftly and satisfactorily.

She said other staff at the base could not remember her complaining about allegations that on several occasions Roper had sexually harassed her as she drove him home.

Ms Fisher also pointed out discrepancies in her evidence about staff the woman said she complained to and whether or not they were actually stationed at Whenuapai at the time.

She suggested the woman was confusing her first and second stints at Whenuapai - which were a decade apart.

She said the two senior officers the woman says she complained to would tell the court they were adamant nothing of the sort had taken place.

"Bryce Meredith [an officer] is going to say there was no complaint made by you and if you had done so he would have taken steps immediately to deal with this."

The woman also confirmed she had never thought to bring a civil case to sue the Air Force for damages until after Roper was convicted.

The Crown also put to her Roper had no impact on her career or had anything to do with her performance reviews.

The woman told the court Roper warned her that if she spoke about what he did to her she would get bad performance appraisals and he would ruin her future Air Force career.

"So the written records would indicate ... that you were highly regarded, well thought of and had potential to progress," Ms Fisher said.

A reference letter by a senior officer for the woman when she left also held no negative comments.

"[name removed] has always proved to be a first class operator and is highly recommended to any employer who wants a hard working, dedicated employee"

"They weren't going to write the good, the bad and the ugly," the woman responded.

When the woman left the force in the late 80s a medical examination was done prior to her leaving.

Ms Fisher said the woman had not raised any issues about depression, or any problems with her mental capacity or emotional stability.

The woman told the court she was too scared to say anything as she had never been heard.

"A lot of us girls just gave up telling our story and we just wanted to get out. "

She said she also wished to return to service after travelling.

However, she agreed with Ms Fisher that she had signed a declaration on the document that she had not withheld any relevant information.

After the woman left the service she returned a decade later in a civilian capacity, but claims she has not much memory of it and she was forced to leave as it brought back too many bad memories.

However, Ms Fisher put to her that a colleague at the time would give evidence that she "seemed to enjoy her work" and she "did not recall her saying anything negative about her previous time in the air force".

"The real reason you left the Air Force in 1996 was you were a bit bored in a desk job and wanted to do something a bit more fun."

The woman agreed she did want to get back into more active work but reiterated returning brought back too many memories of her horrible time there.

Ms Fisher also challenged the woman on her depression and anxiety since leaving the force.

She produced medical records that showed prescriptions for anxiety and depression medication were issued in 2006 and any instances of stress were either in relation to one of her children or incidents at work.

She said there was nothing in the notes to suggest in the year after Roper's offending came to light that she had felt physically sick, or the horrible time she had emotionally since finding out.

"I suggest to you that you're looking back at events and rewriting your history, which bears little relation to what happened."