A District Court judge got it wrong when he discharged a Central Otago man without conviction for assaulting his wife, daughter and best friend, the Crown says. 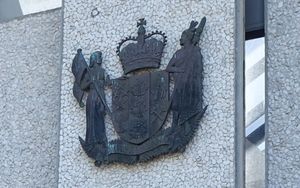 The 58-year-old man who avoided a conviction had recently learned of his wife and best friend's infidelity.

He became aware of it after seeing text messages between the pair declaring their love for each other.

Judge Brandts-Giesen heard the matter in the Queenstown District Court late last year and discharged the man, as well as granting him name suppression.

"There would be many people who would have done exactly what you did, even though it may be against the law to do so," he said in explanation of his determination.

But that decision was wrong, Crown prosecutor Mary-Jane Thomas told the High Court at Invercargill.

During the assault the man grabbed his daughter by the throat and threw her to the ground, although he told the District Court he was not aware it was his daughter due to his blind rage.

His lawyer, Louise Denton, told Justice David Gendall this morning that it could have been anyone who intervened as he lashed out at his one-time best friend.

"I wouldn't put it as domestic violence because he didn't know who he was grabbing," she said of the incident with his daughter.

"He only became aware it was his daughter when she came up to him afterwards and said look at what you've just done to me.

"If you substituted the daughter with anyone, it could have been a male, it wouldn't carry this stigma."

Justice Gendall characterised the incident as street brawl, to which Ms Denton agreed.

But Ms Thomas told the High Court there was no reason not to convict the man and lift his name suppression.

The assault was moderate to serious in nature and Judge Brandts-Giesen had made the wrong call.

Justice David Gendall has reserved his decision, but indicated his preliminary findings will be available to counsel within days.