Concerned residents in the West Coast's Buller District are holding a meeting tonight, calling for more information on the Government's plans for a new healthcare facility. 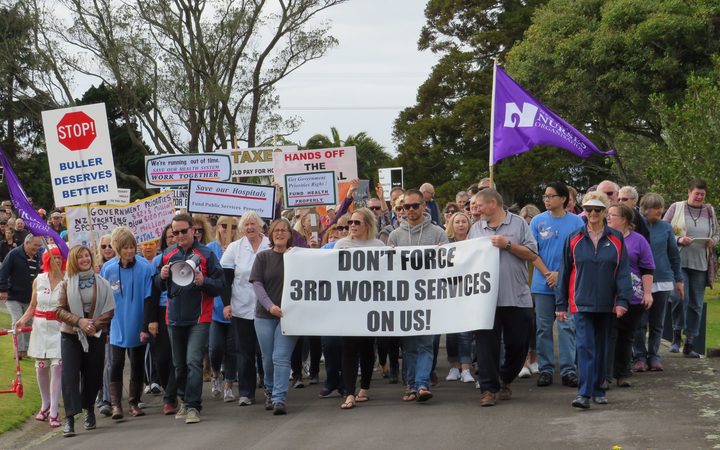 The group spearheading protests against the Buller Hospital rebuild plans said it had heard nothing directly from the Health Minister about what the new Government was planning.

A Buller Health Action Group (BHAG) spokeswoman Anita Halsall-Quinlan said there was a lot of disappointment in the community.

People felt nothing had been done since the government changed, she said.

"No information has been released and no answers as to how much further the Labour government is going to go before they disclose information to the public."

Before the general election, Labour promised a fit-for-purpose Crown-funded Integrated Family Health Centre (IFHC), costing up to $20 million to be built on the Buller Hospital site.

"We're prepared to give Labour the time they need but some consultation and update about where they are at would be really good," she said.

Health Minister David Clark said it was a "government priority" that the Buller health centre was completed.

"I have met with West Coast-Tasman MP Damien O'Connor to discuss this project.

"I feel satisfied that the Ministry and District Health Board (DHB) are working together to progress this project."

"We've stopped writing to the DHB as they've had no direction, as far as we know, no new directives from the new government."

It seemed the DHB was still continuing to follow the directives from the previous National government, she said.

Until the community heard otherwise the IFHC site remained the same (the hospital boiler site) and funding was still capped at $12m.

The recent cyclones, Westport's isolation with no air services available, and roads closed further emphasised the need for a health facility that could take care of the needs of Buller people, Ms Halsall-Quinlan said.

Provision of aged care was also a concern. With the recent closure of Buller Hospital's Dunsford Ward, Westport now has one aged residential care facility - the O'Conor Home.

"We don't expect to have surgery performed here. We want our professional nursing staff to have the facilities they need to do their jobs."

BHAG will hold a public meeting tonight to give an overview of action taken and where things are at.

"Let the community know we've been working hard on it, we're still united and we can do it."

So far there had been no word from any of them, she said.