The parents of slain teenager Christie Marceau say the Coroner's finding into the death of their daughter is a good start but more work is needed. 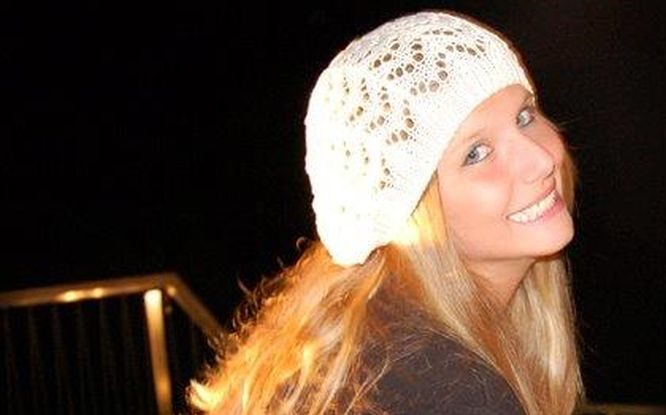 Ms Marceau's killer Akshay Chand was out on bail, facing charges of kidnapping and threatening to rape Ms Marceau, when he killed her in 2011.

The Coroner has released her findings following last year's inquest.

The inquest heard how Chand, 18, waited a month before stabbing Ms Marceau to death at her family home in Auckland. He thought the 18 year old would be on her guard before then.

Chand was found not guilty of the murder by reason of insanity and has been detained indefinitely in a special mental health unit.

He was assessed by mental health professionals 12 times over the two months before he killed Ms Marceau.

But Chand managed to conceal his psychosis and was later described by a senior forensic psychiatrist as "extraordinarily deceptive".

In her findings released today, Coroner Katharine Greig said she was unable to conclude Chand's psychotic symptoms could have been picked up by the health professionals.

She ended by saying: "It is clear only with hindsight that Mr Chand was so terribly dangerous to Christie because of his psychiatric condition".

The coroner is recommending better information sharing between the police, lawyers, the courts and mental health providers.

'Somebody finally stood up for Christie'

Christie's mother, Tracey Marceau, said the inquest had answered some of the family's questions.

"I guess we're happy in the fact that somebody finally stood up for Christie and said: 'enough's enough ... we need to really look and see what's happened'.

"And it's like she became the focus ... whereas before, she'd never really been a consideration."

But other questions had been left unanswered.

"We do believe the inquest has shown how dysfunctional the system is. There's no communication between any of the key players ... so, I do believe it will highlight that."

"As the Coroner said, the sharing of information really needs to be done as well.

"Because the police nailed it right at the beginning, saying: 'there's something wrong with this boy'.

"And yet, you have all these health professionals giving their so-called assessments, or whatever, but what really happened in the end, as the Coroner also pointed out in the end, is that their idea of risk is not the same as the court's idea of risk."

Coroner Greig said Chand never admitted psychotic symptoms and most of the assessments were made by nurses who did not undertake the same level of assessment as a psychiatrist.

However, all were qualified and experienced. There was only a small amount of information about Chand's background, which showed he had no history of mental health issues or violent behaviour.

"Before this happened to us, we thought the system would work. We had faith in the system.

"But now we know first-hand that that system is just not capable, there's no communication. They need to all collaborate and be on the same page... They just need to sort it out and just get it right."

Mr Marceau said the coroner's findings were a good start but more work was needed.

"Our job's not really over because of the fact that, now that the Coroner has made recommendations, and because that's all they are, someone needs to actually hound them now, and I guess, because Christie hasn't got a voice, we've got to be that voice.

"And we've got to actually tell them to get on with it and bloody make sure they really do something about what she's said."

The coroner made more than a dozen recommendations, directed at the district court, the Ministry of Justice, police, the Waitemata District Health Board and the Department of Corrections.

Ms Greig wants better processes in the District Court to ensure information about bail applications is made available to health professions assessing someone on mental health grounds.

She also wants improvements to information sharing between victim advisors and police, to ensure it is done in a timely and consistent manner across the country.

Ms Greig has called for an in-depth review of issues around document management in the North Shore District Court - the court where Chand was granted bail - and changes to address any problems implemented nationally.

She also wants better information sharing between the courts, the police, and forensic psychiatric services.

In a statement, the Waitematā DHB said there was an investigation following Ms Marceau's death which included an external review of the DHB's role in providing mental health care and advice to the court.

"Coroner Greig has made four recommendations in respect of the DHB with regard to its forensic mental health services and work with Justice and Police around court processes and procedures.

"A number of the recommendations are based on work the DHB had already undertaken following the internal review. Waitematā DHB will continue to work with Police, Justice and DHBs nationally to implement the further recommendations of the Coroner."

Gaps in the system

She said to make sound, safe decisions that protected people from further harm, judges needed as much information as possible.

And she said judges relied on everyone across the system to bring that information to the court's attention.

Judge Doogue said she was concerned about the quality of the information available to judges in bail hearings.

Ministry of Justice to review findings

In a statement, the Ministry of Justice chief executive, Andrew Bridgman, said the ministry would be reviewing the coroner's findings.

"We want to do all we can to ensure our policies and processes are best practice and will be working with other agencies involved in the criminal justice system," he said.

"As the coroner noted, in recent times the implementation of the Criminal Procedure Act and changes to the Bail Act have changed the way the courts manage cases.

"The District Court is now one court and a range of changes are being made to ensure consistency across all court locations."

"Police staff involved in the investigation and prosecution of Christie's death are not immune to the tragedy of this case," he said.

"Nothing can change the fact that the person responsible for this tragedy is Akshay Chand. It was the actions of this man that killed Christie."