Wellington City Council is considering getting rid of free weekend parking in the CBD, in a bid to keep rates down. 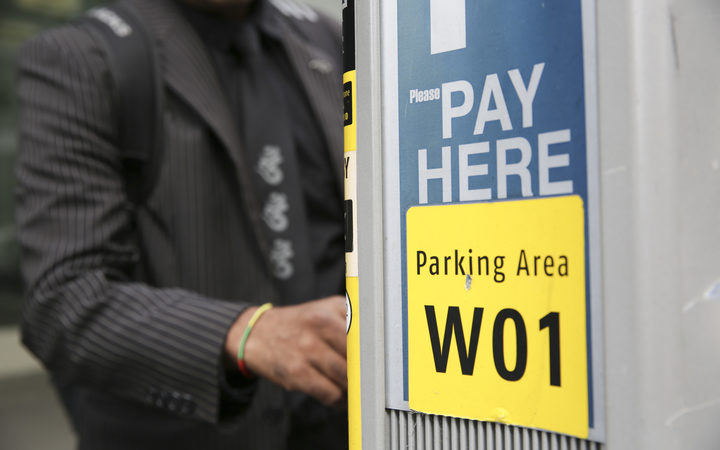 Mayor Justin Lester said ratepayers had a choice - keep subsidising parking for those who drive into town on the weekend - or have those using the parks, pay for them themselves.

But people used to parking for free on the weekends aren't so sure.

On the streets of the CBD, people weren't impressed to hear their free weekend parks might be going.

People told RNZ they often came into town on the weekend because of the free parking. Some said they would prefer to go to the Hutt Valley or Porirua instead if they had to pay for a park in Wellington.

When it came to keeping rates down - those spoken to believed the council already charged enough for parking, and could get that cash elsewhere.

The proposal to start charging for weekend parking, at $2.50 an hour, is part of the council's 10-year-plan.

Mr Lester said the council had gone through the plan with a fine-tooth comb, looking for ways to trim the fat.

He said things had changed in the CBD, and making people pay would help increase turnover, freeing up parks.

The city centre was bustling, he said, and there was a high demand for car parks.

But, the response from businesses on the proposed change had been mixed.

"We've run this by a number of different groups including the Chamber of Commerce, hospitality groups, and an advisory group that I have from the business community and the majority have said 'hey look, this is a good idea, this is something that is forward thinking, and car parks are only becoming scarcer ...it's good to have increased turnover'."

Mr Lester didn't think people would head out of town to go shopping if the charges came in.

First Retail Group managing director Chris Wilkinson said Wellington was one of the few main centres that had free parking on weekends.

"In many cases they know what they're wanting to buy, they're time poor, they want to be able to find a park quickly, they want to come into the stores, get what they need, and then get back out again."

However, Mr Lester said getting rid of free parking on the weekends was just a proposal - and anyone who felt strongly against it could make a submission as part of the 10-year-plan process.