Polytechnic mergers are not being ruled out as the sector tries to find a way to survive mounting financial pressures. 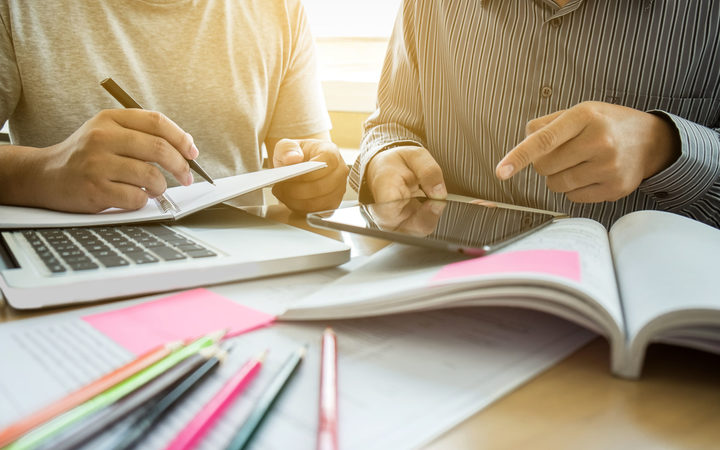 Education Minister Chris Hipkins met with institute chief executives in Auckland today to discuss the problem, which is expected to lead to most of the 16 institutes of technology and polytechnics making deficits within five years.

Mr Hipkins said the institutes were struggling with falling enrolments and it was clear the polytechnic system must change.

"We've got a number of polytechs who are already in financial strife and others who are looking to the future and seeing that that will probably be them if things don't change, so there is a mood for change," he said.

"We're not going into this with a set agenda, but clearly the status quo is not an option."

Yesterday, Mr Hipkins announced a $33 million bailout for the West Coast's Tai Poutini Polytechnic, which he said was no longer viable in its current form and might need to merge with another institution.

Today he did not rule out the possibility of other mergers.

"Having 16 autonomous institutions clearly is resulting in huge overhead costs that perhaps isn't the most efficient and effective way of organising things, so I'm taking a fairly open approach to that discussion," Mr Hipkins said.

One of the co-hosts of today's meeting, Manukau Institute of Technology chief executive Gus Gilmore, said the institutes could work together more closely.

However, he said funding was definitely a problem.

"$20 million injected back into this sector right now would make a big difference."

National Party tertiary education spokesperson Paul Goldsmith said he doubted the government would be able to find much funding to help polytechnics because it had already committed more than $2bn to student support.

He said the government's plans to limit foreign students' access to work visas was also hurting the sector because it was damaging their enrolments.

The government has cancelled a competitive funding system, which resulted in the transfer of millions of dollars in subsidies from Crown-owned polytechnics to private tertiary institutions during the past five years.

The system was phased in by the previous government after 2012, and required institutes to bid for subsidies for certificate courses at levels 1-4 of the Qualifications Framework.

Mr Hipkins said the system created instability and from next year up to $135 million in funding for the courses would be allocated according to enrolments rather than competitive tenders.

"The competitive model is another failed ideological experiment of the previous National government," Mr Hipkins said.

"We don't do competitive funding for schools or university degrees, so why would we do it for non-degree tertiary study?"

Mr Gilmore said the change would make it easier for polytechnics to offer a clear pathway from foundation courses through to higher education.

"We think that's critical for our communities here in Ōtara, and I suspect it's no different in Whangarei or Whitireia or Nelson for that matter.

Independent Tertiary Education New Zealand chairperson Craig Musson said it was not clear if the change would shift funding from the private sector to institutes of technology and that was "always a concern".

However, Mr Musson said the competitive system did not work well.

"It meant a lot of providers got a big amount of money, often more than they needed, it was drive by price rather than quality and a lot of providers lost that funding for no reason in the next allocation process or the next competitive tender, so there didn't seem to be any fair rules around it," he said.