The National Party has raised an allegation of conflict of interest in Parliament relating to a commentator who appeared on RNZ show The Panel. 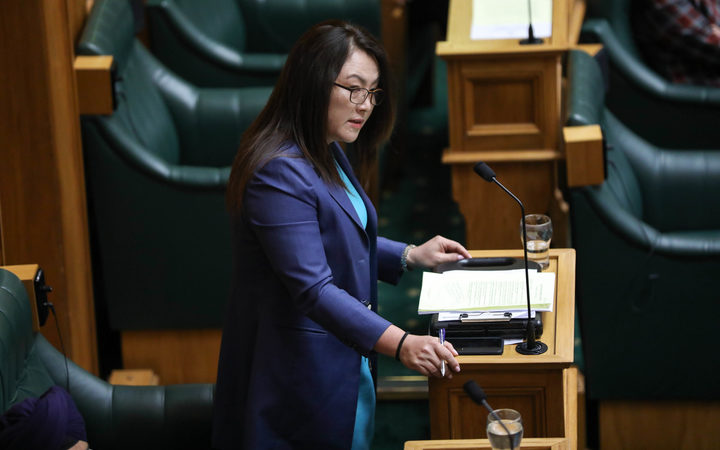 In questions to the Broadcasting Minister Clare Curran, National MP Melissa Lee asked whether RNZ, as a publicly owned broadcaster, would be acting independently "if a ministerial staffer was featured as an independent commentator".

Ms Lee was referring to an episode of 'The Panel' that aired on 12 February featuring Tracey Bridges, who is co-founder and former New Zealand managing partner at SenateSHJ, a public relations company.

She asked the minister about Ms Bridges being on the programme, "discussing government policy, if it wasn't made clear that they were a political staffer in a ministerial office".

Ms Curran said media organisations "make their own determinations" about who they had on their programmes.

Ms Lee tabled a transcript of the start of 'The Panel' episode, and a parliamentary document that identified Ms Bridges as a "contractor", not a staffer, located on the ninth floor of the Beehive, in Jacinda Ardern's office.

In a statement, Ms Bridges said RNZ knew she was an independent contractor but did not ask her to detail any of the individual contracts she holds, nor did she offer them.

RNZ National programme manager David Allan said his staff had talked to Ms Bridges today and she confirmed she worked as an independent contractor for a number of organisations, including Ministerial Services.

"It is a concern that Tracey appeared on The Panel without declaring this to us or to listeners," Mr Allan said.

"It is a timely reminder for RNZ that we need to be fully transparent about any potential conflicts of interest.

"We are reviewing our processes around The Panel to make this sure this doesn't happen again."