The organisers of a popular ocean swim race in Auckland have been forced to shift the event to another beach because of ongoing water quality issues. 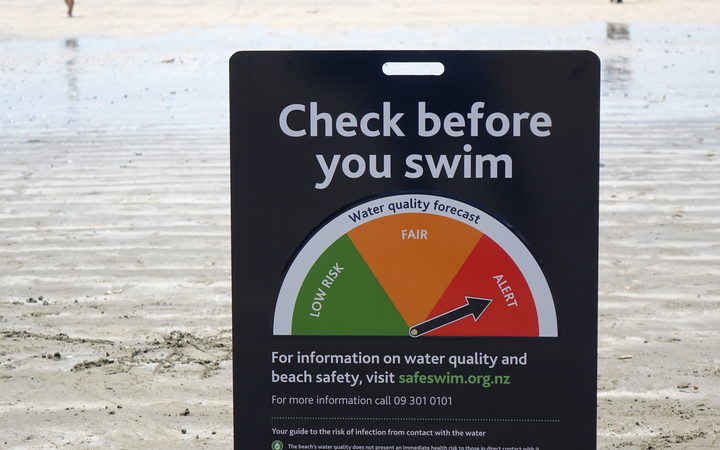 A warning sign at Takapuna Beach has often been in the red this summer. Photo: RNZ / Jessie Chiang

The 2.8 kilometre King of the Bays swim has been run for the past 14 years from Milford Beach to Takapuna.

But organisers said frequent red warnings on Auckland Council's Safe Swim website for both Milford and Takapuna beaches after persistent rain had ruled the locations out as safe for swimming.

The April event will now feature a 2.5 kilometre swim from Cheltenham Beach around North Head to Devonport.

It's the latest event to be affected by water quality issues - the Red Beach Surf Life Saving Club cancelled its surf carnival for the first time in 60 years in January because the beach was at the council's highest risk level for contamination.