A hearing shrouded in secrecy and blanketed with security has begun in the High Court in Wellington. 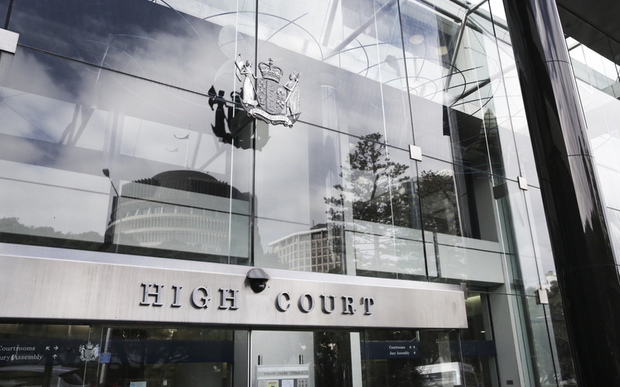 The subject of the hearing is so secret it has not even been listed on the court's daily schedule.

Security at the court building has been beefed up for today's hearing, with screening at the entrance to the court building, as well as more security officers being stationed outside the lifts on the lower ground floor where the closed hearing is taking place.

Also lurking in the background are men in dark uniforms who are neither police nor court security.

When RNZ's court reporter asked what the case was about and which judge was hearing it, a court security officer directed her back into the lift, saying she could not be there.

Electronic gear was being collected from those attending the secret hearing and a set of cupboards has been installed outside the courtroom to store it.

A court official said Justice Dobson was hearing the case and had ruled that it be held in a closed court with media barred from attending.

A police spokesperson said she has not been told about any closed hearings involving police staff today, and it was a matter for the courts.

Human rights lawyer Michael Bott said he was extremely concerned about the secrecy surrounding the hearing, saying it was the kind of thing that happened in some of the world's worst totalitarian regimes.

"For example in Soviet Russia and in China, which is making a great leap backwards to an even more totalitarian regime than it is already, they have secret trials where information is withheld from the public.

"One would hope that there are exceptionally good reasons for this [relating to today's case] but as it stands one has to be concerned if the media is excluded, aren't informed of what is going on and aren't even given the right to be heard."

Mr Bott said it was particularly serious given the way the courts had traditionally regarded the role of the fourth estate.

It reminded him of the case of the refugee, Ahmed Zaoui, in which certain matters were hidden from his defence team for a long time because of reasons of national security.

"But when sunlight finally shone on that case it was found to be massively wanting and after months and months of incarceration and secrecy he was released on bail."

Court officials are unsure how long the case which began today will run for.

The last time there was this level of security at the High Court in Wellington was a hearing last April in which a woman challenged the cancellation of her New Zealand passport.

The same judge in today's case was also involved.

The woman, who was living in Melbourne at the time, had her passport cancelled in 2016 by the-then Minister of Internal Affairs Peter Dunne on the grounds that she was a danger to the security of a country other than New Zealand.

Mr Dunne relied on what he said was classified security information to make his decision.

That term is defined in the Passports Act 1992, and the legislation protects that information from public disclosure in court through the use of closed-court procedures.

The law states the information can be heard by a judge, but can not be heard or challenged by the person involved, their lawyer, or the public.

That law has now been superseded by the Intelligence and Security Act 2017.

A protocol was developed by Chief Justice Dame Sian Elias and the-then Attorney-General Chris Finlayson in January last year allowing for one-sided provision of classified security information to the judge hearing the case.

In last year's case, Justice Dobson ruled the closed-court procedures could apply in judicial review proceedings and a review of the passport case was to take place at a later date.