Planning rules that allowed a controversial track to be built up the side of Te Mata Peak without notified consent will be scrutinised by Hastings District Council's Māori committee this week. 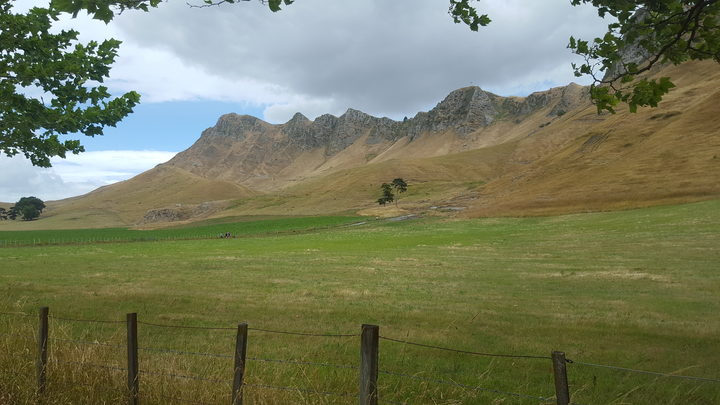 Craggy Range Winery pledged to remove the zig-zagging path up the eastern side of the peak following public outcry and pressure from the Hawke's Bay iwi Ngāti Kahungunu.

The tribe argued the path disfigured the mountain which depicted the reclining figure of an ancestral chief.

An independent review of the non-notifiable resource consent process carried out by Matthew Casey QC in January heavily criticised the council for failing to fully take into account the cultural implications of its decision.

Both the western and eastern faces of the peak are identified in the current district plan as "outstanding landscapes and features" which should be "afforded the highest priority protection".

On Wednesday, the council's Māori joint committee will consider four options to change the current plan to safeguard the peak's development.

These include giving the council more discretionary powers over resource consent applications, changing the rules around earthworks, and identifying the peak as a wāhi taonga.

A wāhi taonga could only be requested by the hapū with mana whenua over Te Mata, but if enacted would immediately treat hapū as an affected party in any resource consent application.

It was not known whether this was something Ngāti Kahungunu had requested to date. Its chief executive, Ngahiwi Tomoana, could not be reached for comment.

Officially, the track was now closed but lines of people can often be seen walking to the top of the peak each morning - and it was even more popular at weekends.

Craggy Range agreed to remove the track in January and originally said it would apply for a resource consent to do so in February.

Hastings District Council said no resource consent had yet been submitted.

"We have commissioned a landscape architect to complete a remediation plan for us and we are having the plan independently peer reviewed to ensure it is robust.

"We will have that plan and the independent review completed by the end of March. Once we have the report we will seek legal advice as to the appropriate approach to resource consent," he said in a statement.

An online petition to save the track currently has more than 16,000 signatures.