More than 2000 people were expected to pass through the gates of a children's festival being held just north of Wellington this weekend. 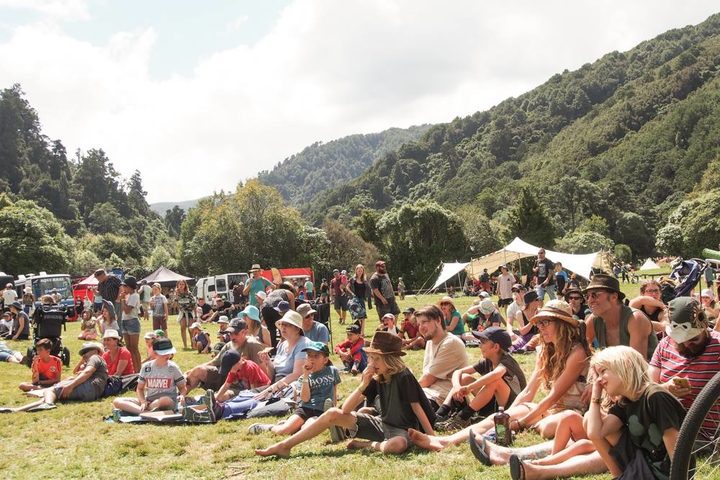 The Just So festival was held in New Zealand for the first time this weekend at Kaitoke Regional Park on the outskirts of Upper Hutt. Photo: Supplied

The Just So festival is running over three days from Friday to Sunday and is taking place alongside the Hutt River at Kaitoke Regional Park on the outskirts of Upper Hutt.

It's the first time the festival has been held in New Zealand, after running for almost a decade in the United Kingdom and having also being staged in Brazil over the past three years.

Just So is aimed directly at children and seeks to replicate bigger, adult-orientated music festivals, but with a family friendly atmosphere.

The festival's New Zealand director Kaly Newman said the originators of the festival in England were tired of "family friendly" events that were mainly adult-oriented and where "you'd end up with table in the corner with a bit of sticky paper and glue, and it's not really for children at all."

The festival was first run in the UK in 2009, the brainchild of Rowan Hoban and Sarah Bird, who wanted to create a weekend for families to immerse themselves in story-telling, music, outdoor arts and nature.

It was one of those early festivals which Kaly Newman took her own son to, and which later inspired her to bring Just So to Wellington. 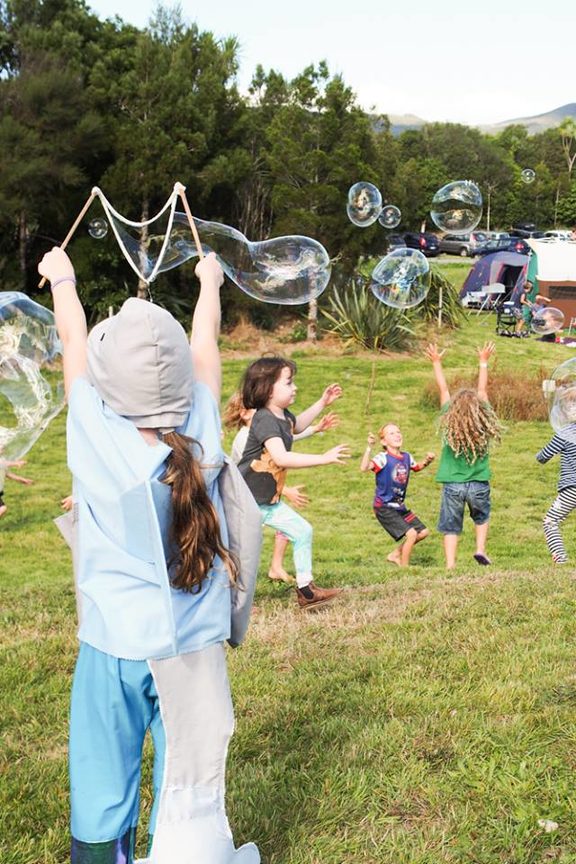 The Just So festival is aimed directly at children. Photo: Supplied

Ms Newman moved to New Zealand from the UK four years ago and being surrounded by the country's natural environment made her think she'd like to run a festival here.

"I just thought, I'd love to do a festival and there's nothing like Just So," she said.

"I'd seen that there was something going on in Brazil, so I contacted them and they just said 'Ok let's talk about it'

"It literally was as quick as that. It's quite unbelievable really."

The Kaitoke festival has been in the planning for two years, with Ms Newman choosing the site herself about a year ago.

Twelve of the UK Just So team have come out to New Zealand to help run the event. They arrived at the site last weekend and camped through ex-tropical cyclone Gita as they set up during the week.

The weather was not enough to dampen their spirits though, and Ms Newman said it was a given in the UK that at least one of the festival days would be rainy - though the Wellington weather had held up so far this weekend.

The atmosphere was just as she had wanted it and "has the Just So vibe," Ms Newman said.

There's also a lantern parade, scary stories by the campfire, fireside songs, a midnight feast and a mass pillow fight.

And following on from the UK Just So tradition, families are encouraged to pick one of four tribes to belong to - though with a Kiwi twist, with tribes including the kākāpō, Māui dolphin, pekapeka (native bat), and Fiordland crested penguin.

On Sunday, people can then find their tribe and take part in the Tribal Parade, which Ms Newman said was a Just So highlight.

And while day passes are available, most people camp onsite and can upgrade to the "glamping" area.

"So it's just like your typical festival but in a wonderful, safe, natural environment - and that's part of the Just So ethos really.

"I wanted to create exactly what the festival was like for me in England with my son - like a little bubble for the weekend, you enter this world and it really is magical."

Ms Newman has set up Just So Festival New Zealand Charitable Trust as a not-for-profit, registered charity, with proceeds going towards future festivals as well as Birthright, the national charity for one parent families, and Grandparents Raising Grandchildren.