A popular swimming family spot in Napier has been closed after high levels of faecal matter were detected. 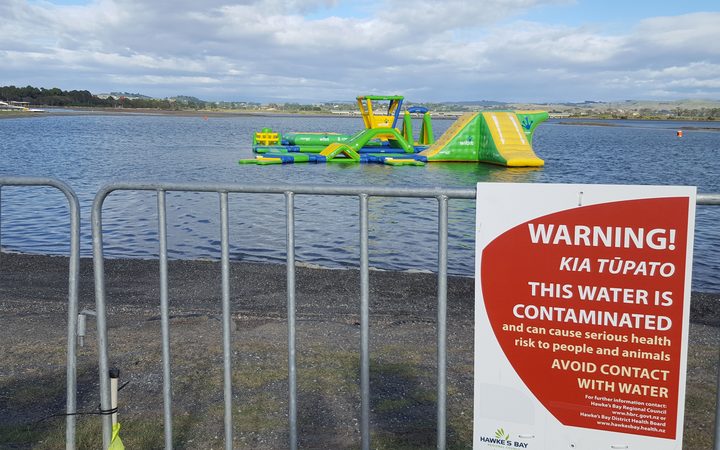 Pandora Pond which has been closed due to high levels of feacal matter detected this week. Photo: RNZ / Anusha Bradley

Warning signs have been put up around Pandora Pond advising swimmers not to enter the water.

Hawke's Bay's District Health Board medical officer of health, Nicholas Jones, said the regional council had identified high levels of bacteria in the water from samples taken this week.

"People should not swim, or undertake any other water-based recreational activities in Pandora Pond until further notice."

Napier City Council's director of infrastructure, John Kingsford, said there had been no known discharges of wastewater into the pond that could have caused the high reading.

Hawke's Bay Regional Council water quality technician Shane Gilmer said the high reading was picked up in a regular weekly sample. Staff have since done two consecutive re-samples, which have been sent away for testing. Results were expected in the next 48 hours.

When sampling the pond this week he noticed the water was very discoloured, he said.

"Generally as a handy guide - if people can't see their toes when standing in knee-deep water, then water-quality is not the best for a swim."

Mr Gilmer said there had been rain within the catchment in the last week which had contributed to surface water run-off, which then entered the estuary.