Immigrants filling trade and technical jobs are outnumbering those taking professional roles for the first time on record. 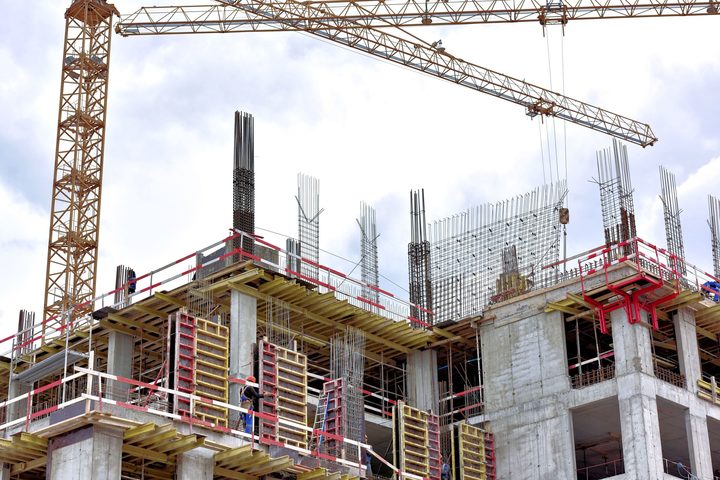 Labourers are also surpassing managers, according to the latest Immigration New Zealand figures.

The numbers show almost 13,000 tradespeople and technicians have been granted work visas in the current financial year, compared to about 11,000 professionals.

Overall, work visas are steady, despite a tightening up of criteria last year.

Alywyn Jackson is one of those making the move after getting in touch with job hiring company Building Recruitment.

"Within about a week they managed to secure me as a position as a cabinet maker for a shopfitting company," he said.

"It's so exciting, I've dreamed about this all my life."

His family of five arrive in Auckland today and he starts work next week.

Two of his children, including his second son, who is named after the All Blacks legend Jonah Lomu, are studying engineering.

"Our members are reporting skills shortages across a whole range of activities but it is the artisan trades that are the real problem. Our universities are churning out lawyers and accountants at a pretty amazing rate so there is a limit on how industry can absorb them."

He said the trades shortage was exemplified by developers working on an Auckland hotel who want to bring in 200 Chinese workers.

"You're seeing it on construction sites everywhere, and we've got shortages of heavy transport drivers.

"There are 140 trucks across Auckland sitting on wooden blocks right now because they can't get drivers for them.

"That will continue until our training institutions are turning out enough people to do the work."

He said New Zealand needed to train more tradespeople of its own and turn around the public relations problem that trades have compared to professions.

It was a positive sign that the economy was growing and New Zealand had always benefited from immigration, he said.

"If you were to turn the tap off now you run the risk of seriously harming the economy and we don't see that happening," he said.

"And there is no shortage of good people around the world who want to come and live in New Zealand. The trick is to make sure we get the best of them, that we have a merits-based system and that they have their bona fides."

Immigration Minister Iain Lees-Galloway said the figures echoed what he heard from employers, and while the government was increasing worker training, short-term skills gaps needed to be plugged by overseas staff.

He said the full-year figures could change, but the interim statistics pointed to a "desperate" shortage of tradespeople.

Employers were not talking to him about a similar problem with recruiting professionals, Mr Lees-Galloway said.

"Everywhere I go around the country employers, councils, chambers of commerce, economic development agencies - they all tell me we are in need of skilled tradespeople, especially in construction."