A police officer who fatally shot a man in Porirua last year acted lawfully, the police watchdog has found. 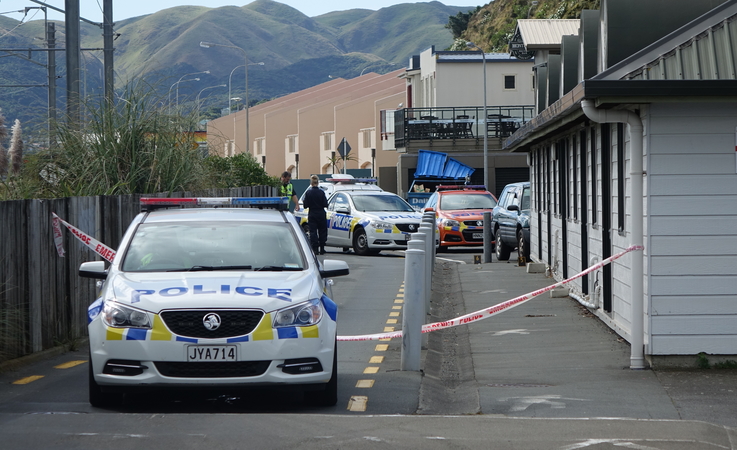 The scene of the fatal shooting on Mana Esplanade Photo: RNZ / Emile Donovan

Christopher Brown was the subject of a manhunt on the night of 26 February last year after assaulting his ex-partner.

He was shot once by an office while advancing on police with a machete and failing to respond to commands to drop his weapon.

Despite medical aid by police and ambulance staff, Mr Brown died on the way to Wellington Hospital.

Authority Chair Judge Colin Doherty said the police officer - who fired his weapon when Mr Brown was about one metre away - had reason to believe he was about to be attacked or killed.

He said the speed and aggressive nature of Mr Brown's attack severely restricted the options available to the officer to defend himself and his action was proportionate.

"The officer's action in firing at Mr Brown was proportionate to the imminent threat that Mr Brown posed."