Thousands of patients who've had open-heart surgery and a device implanted over the past four years are being told to look out for signs of infection. 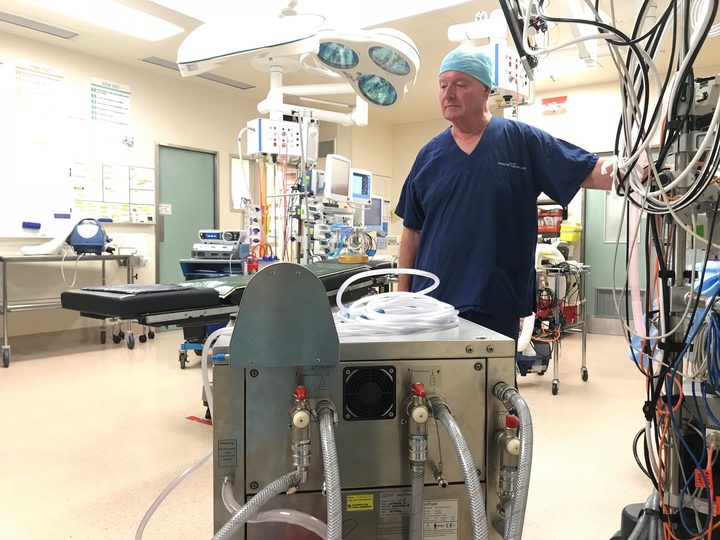 The alert from district health boards follows infections that have occurred internationally following such surgery.

Concern relates to a machine used to regulate the temperature of patients' blood during the surgery.

The Canterbury District Health Board - one of four DHBs and private hospitals using the machines in New Zealand - said it's become aware that a certain model of these heater-cooler devices has been linked internationally to infection caused by bacteria called mycobacterium chimaera.

The bacteria is commonly found in soil and water.

"The bacteria rarely cause infections in healthy people, but people with weakened immune systems (including cardiac patients) are more susceptible to becoming ill through exposure to these bacteria," the DHB says in information released to journalists about the situation.

"There is no risk to our family or friends, or to the general public." 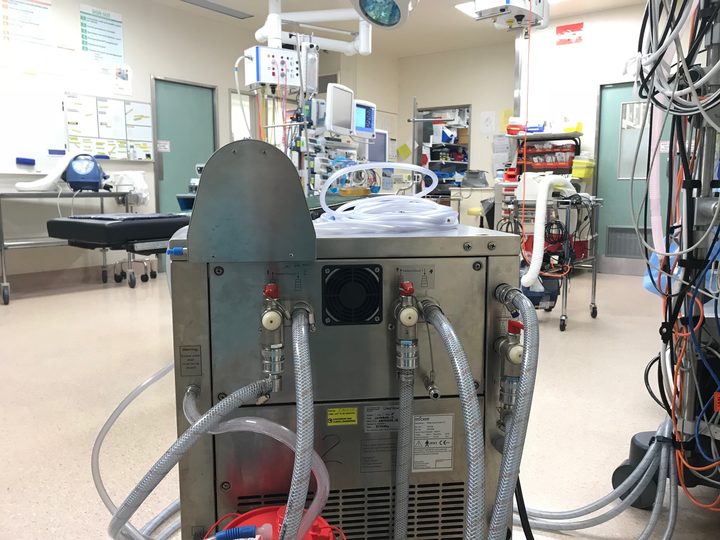 A certain model of heater-cooler device has been linked internationally to infection caused by bacteria called mycobacterium chimaera. Photo: Supplied

A Canterbury clinical microbiologist, Joshua Freeman, said the machines were thought to be completely sealed but small droplets leaking from their exhaust had infected patients overseas with mycobacterium chimera.

The risk was extremely low, at about one in 5000 operations, he said.

The machines are used in Auckland, Waikato, Wellington and Canterbury and some private hospitals, and have been cleaned but patients may develop symptoms years after their operation.

Dr Freeman said one case involving a related bacteria had been found in this country and successfully treated. It was not completely clear if one of the machines was the source of this infection, but it was possible, he said.

He's particularly keen to ensure any patient with symptoms is treated early.

Five and a half thousand patients who've had the surgery since 2013 are being advised to watch out for the following symptoms:

Patients are advised that the symptoms may take months or years to develop, so they should keep the list of symptoms handy in case they need to see their GP.

Dr Freeman said some hospitals in this country now have new machines and others have undergone a deep-clean process and subsequent disinfection. He added other changes had also been made, including being reorientated in operating theatres. Such "risk mitigation measures" had been shown to work in other countries, he said.