A towing contractor who parked illegally in order to tow another vehicle has been given a warning by Auckland Transport. 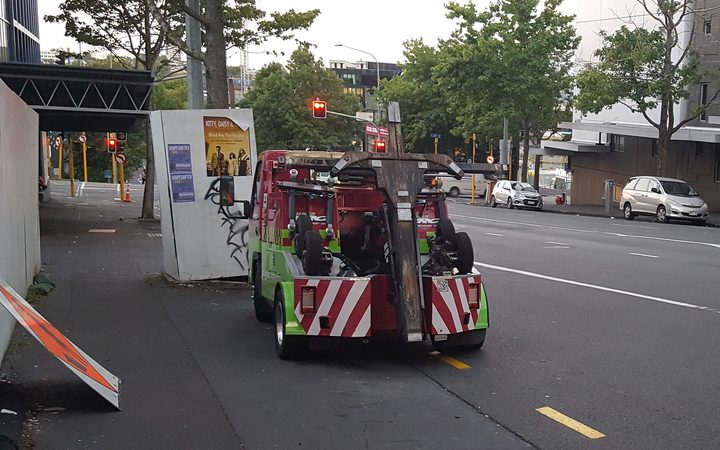 The two truck parked illegally on Cook St in central Auckland for about half an hour. Photo: RNZ / Todd Niall

The tow truck, which was contracted to the council agency, parked for nearly half an hour on a footpath and over no-parking lines, on Cook Street this morning.

It moved only when called by an Auckland Transport warden, to tow away a car parked on the other side of the road, when a 7am clearway restriction came into force.

Auckland Transport said it had contacted the firm and asked it to caution the driver.

The council has not said whether cars taken away by the tow truck will have fines waived. 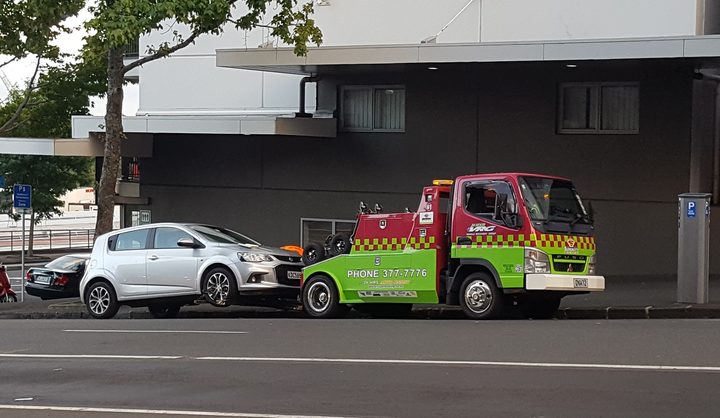 The tow truck only moved when it towed this car from the other side of the street Photo: RNZ / Todd Niall