More than 200 people have turned out to help clean up a small mountain of plastic from beaches around Greymouth. 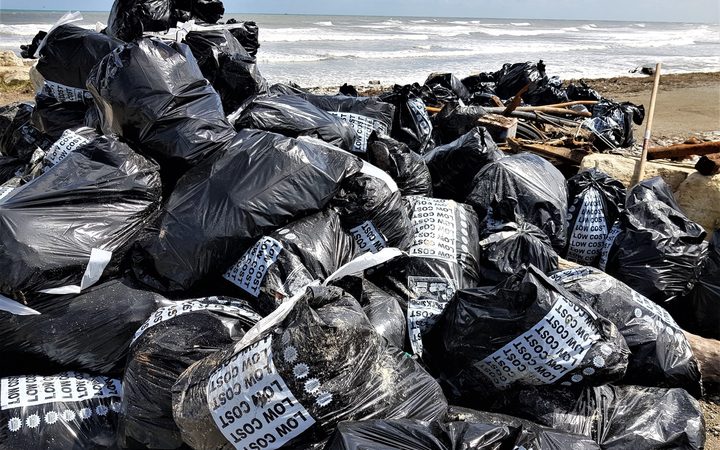 Tens of thousands of plastic bags were washed ashore after a storm surge from ex-tropical cyclone Fehi clawed at the beach and exposed an old rubbish dump at Cobden.

Grey District Mayor Tony Kokshoorn said yesterday's cleanup extended about 20km south along the coast from Cobden, near the mouth of the Grey river.

Contractors removed much of the debris the day after the storm, but Waitangi Day's public effort to finish the job exceeded his expectations and the coastline was now cleared of rubbish, he said,

"It is, right at the moment, spotless, so council will move in today and they're going to start forming a protection wall, and then a main wall will come over the next few months. It's been a great effort by the community and they can be proud of themselves," Mr Kokshoorn said.

The council met under urgency last week and had agreed to spend up to $1 million on fixing the dump in Cobden, which was decommissioned about 20 years ago. 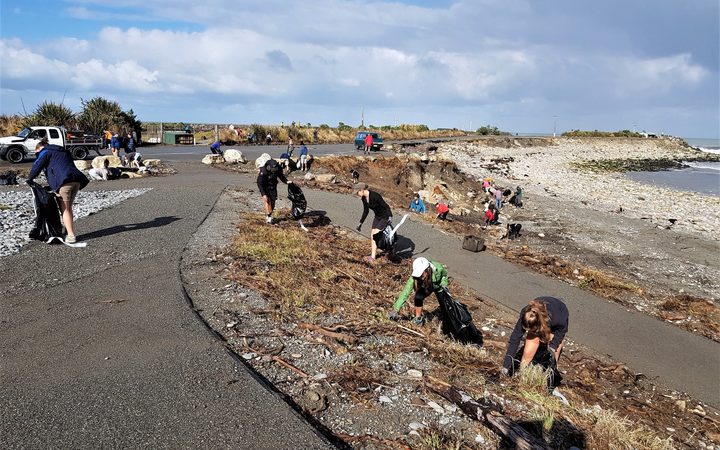 The collected rubbish would go to recycling, if possible, but it would likely go into the landfill well away from the sea, Mr Kokshoorn said.

The council was aware of the potential problem with the decommissioned dump at Cobden, he said.

"The fact it was built there is ridiculous, but that's what they did 40 years ago.

"There's not much we can do in retrospect - we cannot move the dump itself and there have been little problems in recent years, with minor breaches, but this storm came out of left-field. It took about 20m [of shoreline] away so it's forced us to do something."

Work would begin today on placing rock and rubble across the face of the exposed area to protect it. A liner called a leachate pad would then be placed on the site, and then the design of the main rock protection wall would happen over the next few months.

"It's not a big design, it's the implementation of it," Mr Kokshoorn said.

"We built a $120,000 rock wall beside it to protect the sportsground last year. The secret to building these walls is constructing them much like an iceberg - more has to be put in the ground than above."

Granite rock would form the foundation of the new wall. 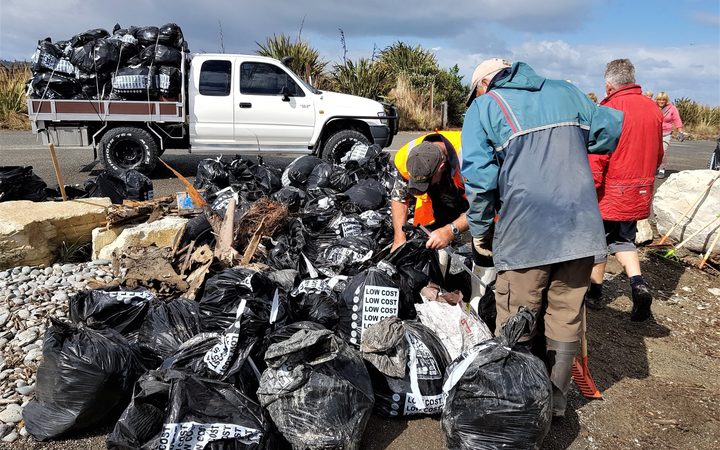