One of New Zealand's most famous brands, Tip Top, is importing icecreams from Europe. 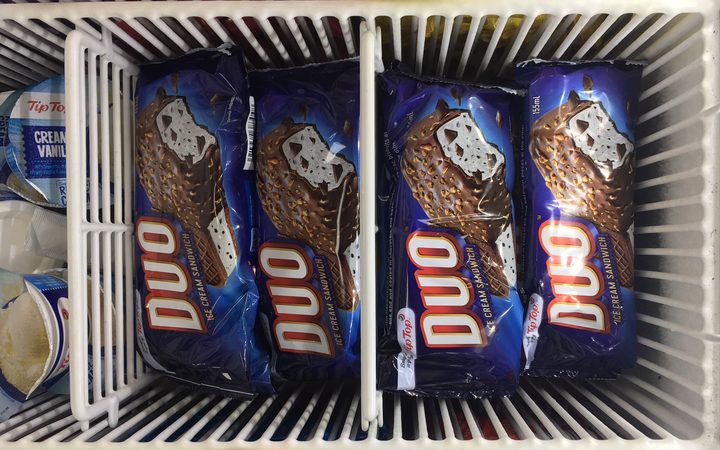 Tip Top, which is owned by the New Zealand dairy giant Fonterra, is actively marketing the Duo icecream sandwich and the Popsicle Watermelon Wedgie, which are both made in Spain.

One Auckland icecream fan, Max Barker-Cowan, said he's bought quite a few Duo icecreams over the summer and had really enjoyed them.

But he said he was confused when he discovered they were made in Spain.

"If something is frozen and it has Tip Top on the front of it, [you assume] that it was made in New Zealand. I just didn't think it would be even be feasible for something to be shipped from overseas."

Mr Barker-Cowan said New Zealand dairy products had a top reputation internationally, so he did not understand why Tip Top would need to import icecreams.

On Tip Top's website, the product listing for the Duo and Watermelon Wedgie had a banner that said 'Fresh NZ milk & cream' and 'NZ Made'.

Following calls from RNZ, those banners have been removed. 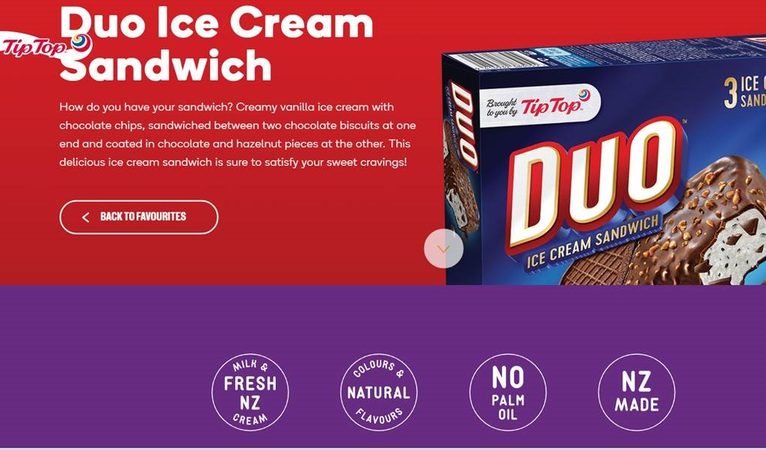 The director of Tip Top, Kim Ballinger, said as well as developing new products locally, the brand looked at icecream trends around the world and what new products it might like to bring in and try.

It was the first time in quite a while that Tip Top had imported products, she said.

Ms Ballinger said the company wants to innovate and try new things, but its biggest commitment was to making products locally.

If there was a good response to the two products, Tip Top would look into buying new equipment so they could be made here.

Even though the products were not made in New Zealand at the moment, they were made under Tip Top's complete control, Ms Ballinger said.

"It's our recipe, it's produced to the same standards of no palm oil, all natural colours and flavours, and to the degree that [consumers] would expect from our products locally," she said.