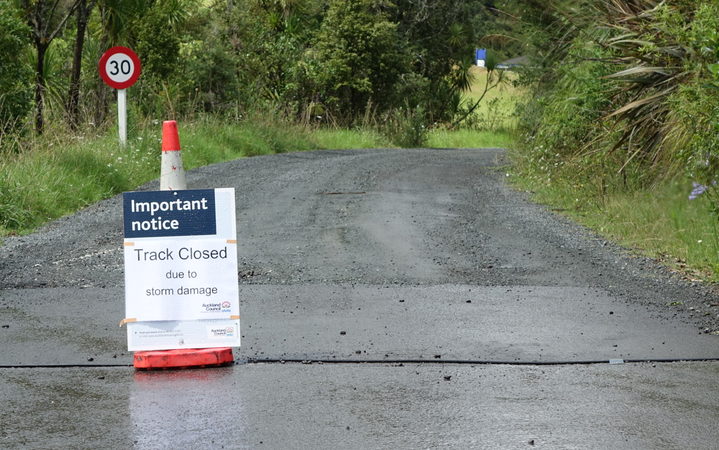 Mitch Woolley and Sosi Turagaiviu were swimming with three others near Cascade Falls when they were caught in a sudden downpour on Saturday.

Mitch's twin brother Denver was also swept away in the deluge but was rescued after clinging to a tree in floodwaters for several hours.

Fellow Massey High School student Abishek Sharma said he had heard Sosi went to the aid of another boy, Nathan, who had slipped.

"After that it just started raining a lot so I think Mitch [was] swept in the water and so [was] Sosi." 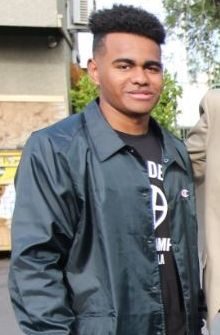 Abishek had been in the school football team with Mitch and was particularly close with Sosi - they were the "best of friends", he said.

The 17-year-olds had just started year 13 and Mitch had recently left to take up an engineering apprenticeship he had secured through school, Abishek said.

"They were very helpful and humble boys - anything you would just ask them and they would be there for you," he said.

Mitch and Denver's mother, Tracey, is an associate principal at Flanshaw Road School where her sons went.

Today the school's flag flew at half-mast and principal Cherie Taylor-Patel reflected on the weekend's events when she visited the family yesterday.

"Tracey was just beside herself and [the boys' father] Mike, unfortunately he'd been away on business in Australia, so he was flying back and got there around lunchtime," she said.

"It was a really, really difficult first twelve hours."

Today she had again visited the family, who were sorting through photos and waiting for the coroner's report so they could get Mitch's body back.

The twins' parents had given their sons all the opportunities they could, Dr Taylor-Patel said.

That included enjoying the outdoors in the Waitakere Ranges.

"They knew the tracks, they were scouts, they were such good kids, they would never have done anything stupid."

Denver was quieter and Mitch was more mischievous, she said.

"[Mitch] never ever had an unkind word to say, so the thing about Mitch was he was absolutely everyone's friend," she said.

"He was really sociable - I would say gregarious." 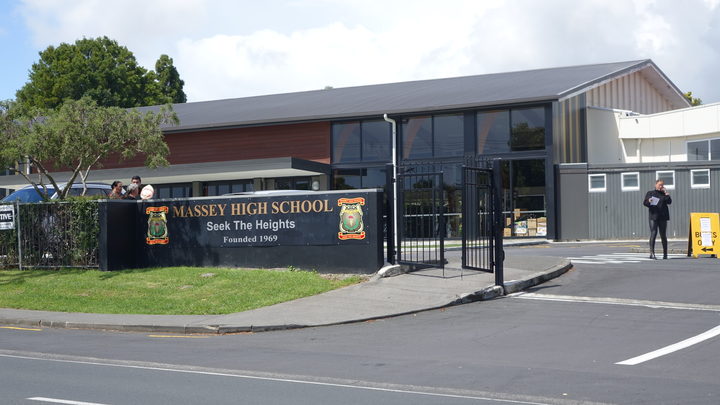 Sosi was in year 13 at Massey High School, while Mitch had recently left the school to take up an apprenticeship. Photo: RNZ / Laura Tupou

In a statement, Mitch's parents said the world was just opening up to their son.

He was about to start an apprenticeship as a marine engineer, they said.

"He had worked from the finish of the school year at a local business, and was about to start his journey."

Mitch was always the "cheeky and fun loving entertainer in any group", they said.

"[His] infectious personality always ensured that there was a smile on the faces of family, friends and those that happened to meet him."

"Sosi ... would be the peace-maker of the group and he would try stop everything," he said.

Massey High School principal Glen Denham said in a statement both boys were "vibrant, passionate young men who involved themselves fully in all aspects of school".

"Sosi was a keen basketballer, playing at guard, although he had more recently looked to apply his talents on the football field," he said.

Massey High School was closed today for the long weekend but staff met with the Ministry of Education's traumatic incident team to come up with a support plan for students.

Sosi and Mitch would be remembered at assemblies on Wednesday, Mr Denham said.

A funeral for Mitch would be held on Saturday.