Fire and Emergency has mistakenly released private details of some of the people who called 111 during the 2017 Port Hills fires. 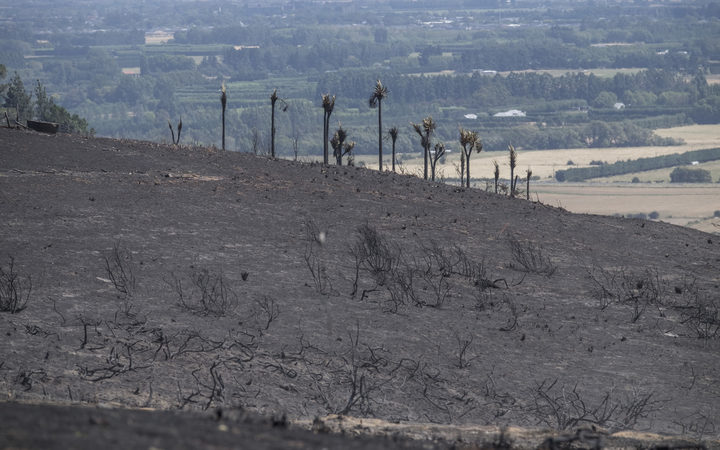 The aftermath of the fires in the Port Hills in February last year. Photo: RNZ/ Brad White

Yesterday, the service announced its investigation into the cause of the two fires, which merged into one large blaze, was closed due to a lack of evidence.

The fires on Christchurch's hills tore through about 1600ha of forest, gutting nine homes and forcing thousands of residents to evacuate.

Two reports on Fire and Emergency's investigation released yesterday included some phone numbers and addresses for people who had called 111 during the blaze, as well as private details for two witnesses who reported suspicious behaviour.

Fire and Emergency chief executive Rhys Jones said the service has contacted and sincerely apologised to the individuals affected by the release.

One person who had their private information released in the report said they were shocked and pretty angry when they heard about the breach - but they had been contacted by Fire and Emergency and accepted their apology.

Mr Jones said he became aware of the issue this morning and immediately removed the documents from its website.

He said the Office of the Privacy Commissioner had been notified and anyone who has a copy of the reports is asked to destroy them securely.

"It appears they were only accessed a small number of times.

"We have today reviewed our processes for the release of information to the public to ensure they are robust and that all documents are properly vetted before being made available.

"It is disappointing that, on this occasion, we didn't get it right.

He said the Office of the Privacy Commissioner has also been notified.