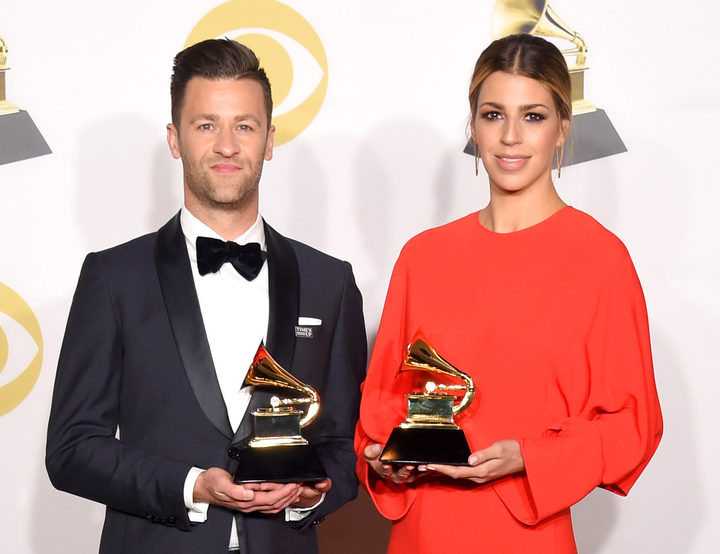 She picked up the award at the 60th Annual Grammy Awards being held in New York for Best Contemporary Christian Music Performance/Song.

She won the award for her work on the song What a Beautiful Name which she wrote for the Hillsong Church.

Fraser is originally from Lower Hutt and has had a career spanning 14 years.

Her father - the former All Black Bernie Fraser - is working in the desert in Western Australia and says he found out about his daughter's success by text.

He said she was incredibly talented and he couldn't be more proud.

"She just messaged me about five minutes ago ... so very proud of her.

"She's a very, very good girl and not one of these people that go out and boast and that, she's a very humble person."

He said she was so humble that he had only found out recently that she had been nominated for the Grammy, but he didn't hold it against her.

"All I ever want from her is photos of my granddaughters, and she sends me plenty of those."

Technology sometimes did not allow him to get in touch when he was working in the middle of the desert, but he would talk to her when he returned to Perth, he said.

Meanwhile at the Grammys, Rihanna and Kendrick Lamar won the award for Best Rap/Sung Performance for their song Loyalty.

New Zealand singer Lorde is also nominated for album of the year for Melodrama, but is facing tough competition from Jay-Z, Kendrick Lamar, Childish Gambino and Bruno Mars.

Lorde is the only one of the nominees who will not be performing at the awards.

She was reportedly asked to take part in a group tribute to the late Tom Petty, but declined.