A Tongan student who lost a leg in the 2016 Christmas Eve bus crash that killed three people, says his injuries mean he can no longer pursue some of his dreams. 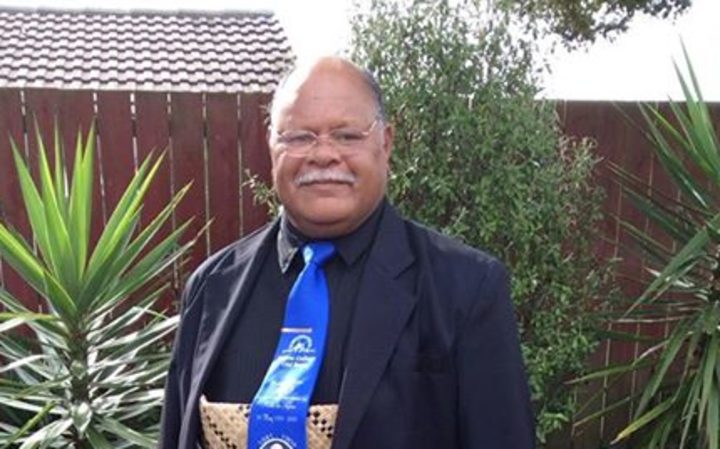 Talakai Aholelei who was driving the bus which crashed killing three people on Christmas Eve in 2016. Photo: supplied

The bus driver, Talakai Aholelei, 66, was yesterday sentenced to five-and-a-half months home detention and had his licence suspended for two years, after he earlier pleaded guilty to 30 careless driving charges.

The courtroom at the Waitākere District Court was packed with Aholelei's supporters, as well as some of the crash victims and their families - including some who had flown from Tonga.

In an emotional victim impact statement, Tevita Lokotui, 19, told the court that before the crash he had been asleep in the aisle of the bus.

He said he was woken by children screaming.

"I heard the teachers asking the bus driver what was happening, but he did not answer. That was when we crashed."

Mr Lokotui managed to get out of the bus, but he suffered serious injuries to one of his legs.

He was taken to hospital where his left leg was amputated above the knee.

Mr Lokotui said he was still living in New Zealand receiving treatment and he did not know when he would be able to return to Tonga permanently.

But he said the crash has changed his life completely and he can no longer pursue some of his dreams.

Mr Lokotui said he used to feel angry at the bus driver, but now that he has had time to think about the crash, he did not have any bad feelings towards him.

The victim impact statement from the mother of the youngest victim of the crash, 11-year-old Sione Taumololo, was read to the court by one of her daughters, Lena Smith.

Sione's mother said her son was a special boy.

"It is very hard for me to let my son go.

"He was like my baby and I treated him that way."

Aholelei's lawyer, Nalesoni Tupou, told the court his client wanted to convey his apologies to the families of the crash victims.

Mr Tupou said Aholelei was regretful and remorseful about what had happened.

When he was initially asked to drive the bus for the school group, Aholelei's family had told him he could not, because he could not be away from Auckland for Christmas.

It was only the third time that he was asked that he agreed to drive the bus.

Mr Tupou said his client's life would change forever - he had been a bus driver for over 30 years.

Handing down the sentence, Judge June Jelas said Aholelei made a fatal mistake in continuing to drive the bus, despite his concerns about a problem with the brakes.

He had pulled over in Wairoa and believed that the brakes were just too hot.

"Though you have many talents, you are not a mechanic," Judge Jelas said.

"There was no real basis for you to reasonably assess that it was safe to continue to drive the bus. You then made the fatal decision to continue to drive on the road that was unknown to you with no real understanding of the true nature of the problem with the brakes."

When the bus was travelling down a hill, south of Gisborne, Judge Jelas said Aholelei realised how significant the problem with the brakes was.

He did what he could to slow the bus down, but it was an automatic.

The back of the bus slid sideways, over a railing alongside the road, and down a slope.

Judge Jelas said she hoped the sentencing would bring closure to the victims' families and the wider Tongan community, and now the healing process could begin.

Worksafe has laid charges against the company that owned the bus and they will appear in court next month.