The chair of Te Papa museum in Wellington says he won't be standing down, following protesters calling for him to be removed from his position. 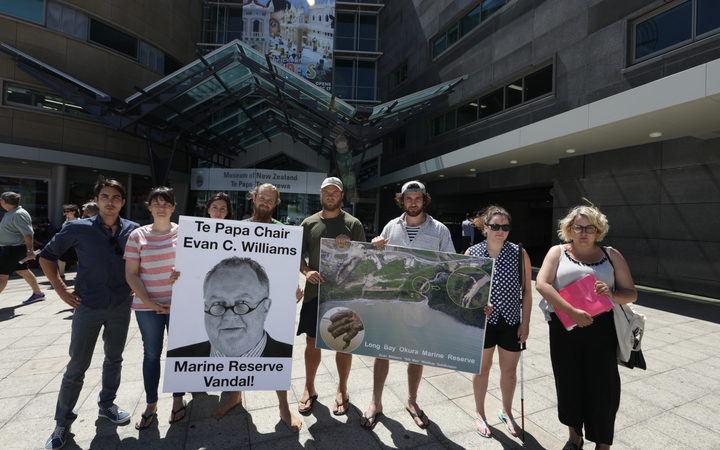 The protestors want Evan C. Williams to stand down from his position as chair of Te Papa museum. Photo: RNZ / Rebekah Parsons-King

A small group of people gathered at the museum today, and handed a letter to the museum calling for Evan Williams to be stood down.

They say a development of his in North Auckland is causing dirt and sediment to run into the harbour, and the Long Bay Okura marine reserve. 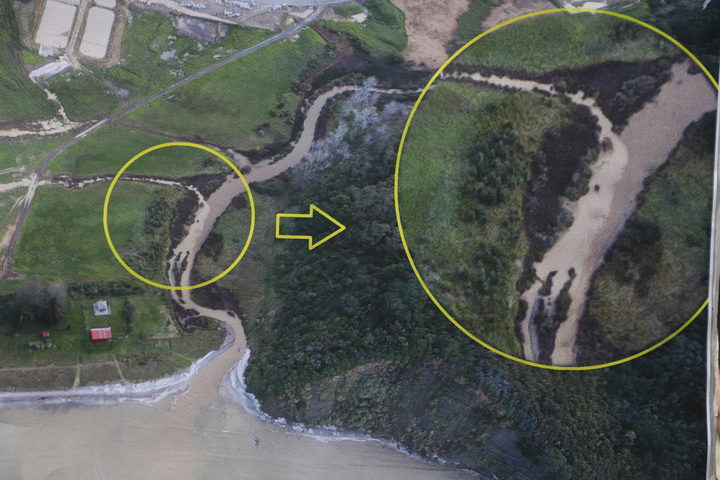 An image of the sediment from the property development at Long Bay Okura Marine Reserve. Photo: RNZ / Rebekah Parsons-King

The group's leader, Geoff Reid, said he and others had had enough of the development causing sediment to go into the Long Bay Okura marine reserve and choking marine life.

"Whenever it rains we've got untreated sediment flowing into streams and flowing directly into a marine reserve.

"The marine reserve is part of the Hauraki Gulf, it's a really special place for New Zealanders and it's a refuge for our wildlife." 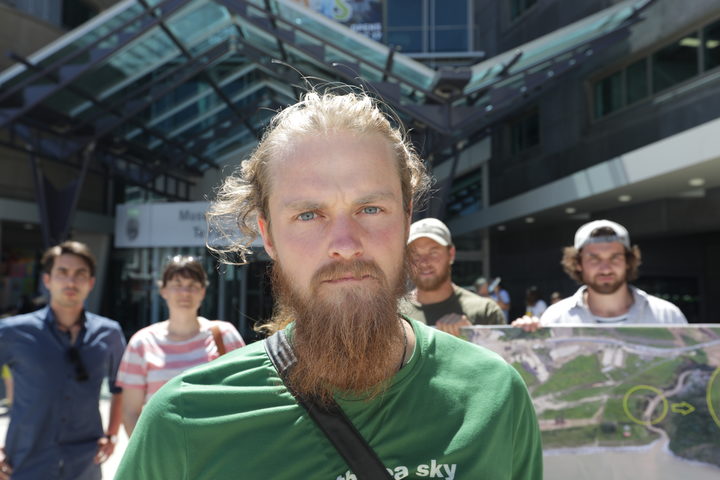 Geoff Reid said he had had enough of the development causing sediment to go into the Long Bay Okura marine reserve. Photo: RNZ / Rebekah Parsons-King

But Mr Williams said the development was compliant with council standards, and had worked hard protecting waterways in the area.

"We've spent more than $3 million on ponds, dams, treatment systems, streamlinings, silt fences, all of the kind of things that you need to do to stop sediment getting to the sea."