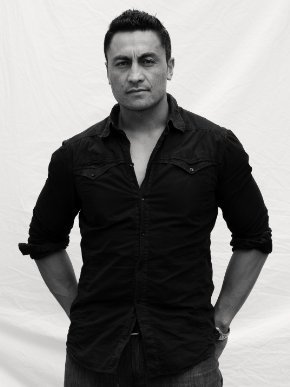 The 47-year-old was sentenced in the Auckland District Court today.

In September last year he pleaded guilty to six charges of indecent assault against six women in his acting classes.

Seventeen other charges were dropped including indecent assault and unlawful sexual connection.

His lawyer, Ron Mansfield, said the more serious charges had been dropped.

He also said Naufahu had groomed the young women in his one-on-one acting classes where he inappropriately touched and kissed them.

She said the victims were vulnerable and there was a breach of trust as he was in a position of authority.

Ms Lummis said Naufahu had blamed the victims during an interview with a pre-sentence report writer.

The award-winning actor is known for his role as ambulance driver Sam Aleni on the long-running TV soap Shortland Street.

Naufahu told women he wanted to 'develop their talent'

The complainants were part of Naufahu's group acting class and were invited to attend private one-on-one acting lessons between 2010 and 2013.

The prosecution summary of facts said he put his hands down the pants of one complainant under the guise of acting coaching.

Other complainants said he kissed them or touched their breasts or buttocks.

Naufahu asked each woman to keep quiet about the classes because "he didn't want other students to become jealous", the summary said.

He "told the complainants that he believed they were very talented actors and he wanted to develop their talent".