A major fire on conservation land that has been burning for 12 hours in Southland near the Tiwai aluminium smelter has now been contained. 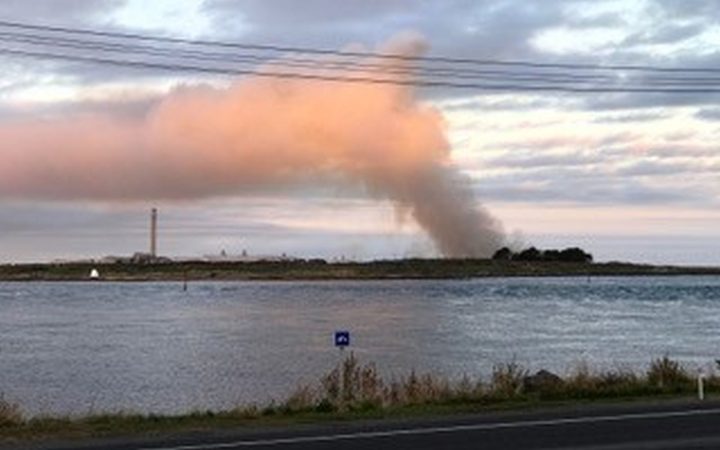 Smoke from a fire yesterday at Tiwai Point near the aluminium smelter. Photo: Supplied

Fire and Emergency said the fire broke out yesterday evening and quickly spread to cover 130ha of scrub land.

"Our main concern was protecting the aluminium smelter, and then coupled by the fact we are in a high-value conservation area we want to make sure it doesn't spread to far."

She said they weren't sure how the fire started at this stage, but it was "exceptionally dry" in Southland.

A total fire ban was imposed on the region Southland eight days ago. 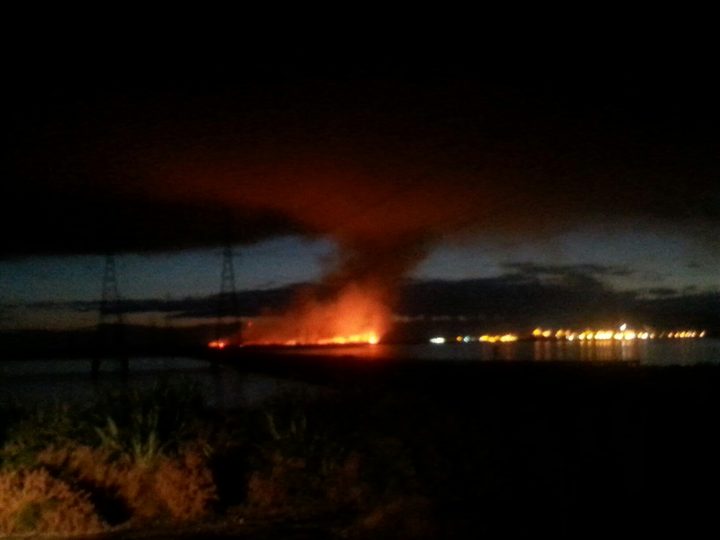 Two helicopters employing night vision goggles worked through the night to battle the blaze which threatened the smelter's power lines.

Tiwai is the country's biggest electricity consumer, and fire damage to its lines could be a major disruption to its operations.

Smelter was in 'very serious' danger - Fire and Emergency

He told Morning Report the smelter had been in "very serious" danger.

The fire initially threatened the smelter's main electricity transmission lines, making it tricky for the helicopters to dowse the flames, but he said the focus was now moving to dampening down hot spots.

"It's got one of the largest remaining expanses of coastal red tussock in New Zealand and it's got a really unique suite of alpine plants and species that you would normally find above bushline in the New Zealand mountains.

"And there's also an endemic moth ... that's only found at Tiwai Peninsula.

He said the peninsula was also next to a wetland of "international significance", and the area was home to a number of rare birds.

The department's own firefighting crews have been helping fight the blaze, Mr Preston said.