It's been a tougher-than-usual summer for New Zealand's rarest native bird. 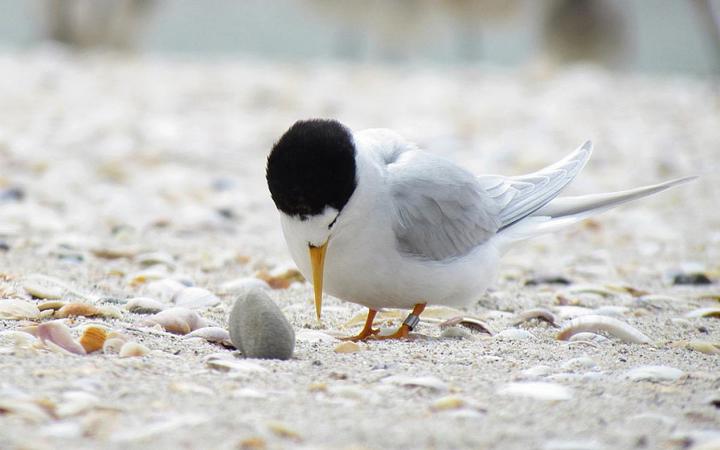 The fairy terns that breed on beaches north of Auckland have been up against storms and huge tides while trying to raise six chicks for the season.

Heather Rogan, of the Fairy Tern Trust, said Department of Conservation rangers and local volunteers saved some nests with sandbags and trenches.

But one breeding pair had to nest three times to produce one chick and another nest was lost to a mysterious pollutant.

Mrs Rogan said volunteers noticed the birds coming back to the nest looked blue - and so did the fish they were taking to their chicks.

She said one of the parent birds disappeared and the two chicks were killed by a predator.

Mrs Rogan said it was suspected that some toxin spilled into the Waipu estuary where the birds were feeding, but neither the department nor the Northland Regional Council has been able to find the cause.

The fairy tern population remains static at about 40.