Three men have been rescued after their tinnie boat capsized near Big Manly Beach in Whangaparāoa this morning. 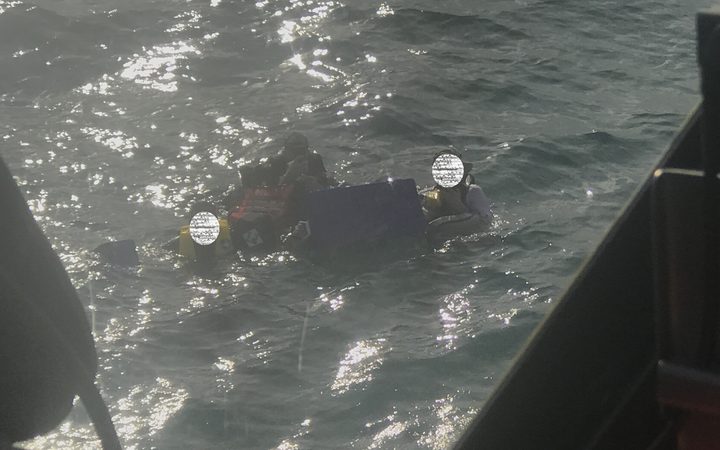 Three men were in the water and using a chilly bin for a float when they were rescued. Photo: Auckland Rescue Helicopter Trust

The men were found in the water, using a chilly bin as a float.

The Auckland Westpac Rescue Helicopter was sent to the location along with Maritime New Zealand with the rescue.

One of the men was rescued by the helicopter, while the other two were retrieved by Coastguard. 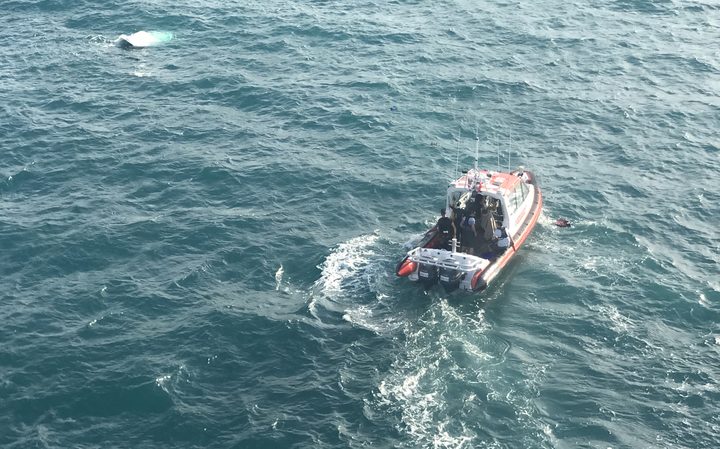 The men were found clinging to a chilly bin and all three were wearing lifejackets.

Crewman and co-pilot Richard Selby said all three men were in good health and a flight to hospital was not required.

They were left in the care of police, he said.