An organisation that helps people with addiction by teaching them cafe skills is looking for Auckland businesses to take on their work-ready trainees. 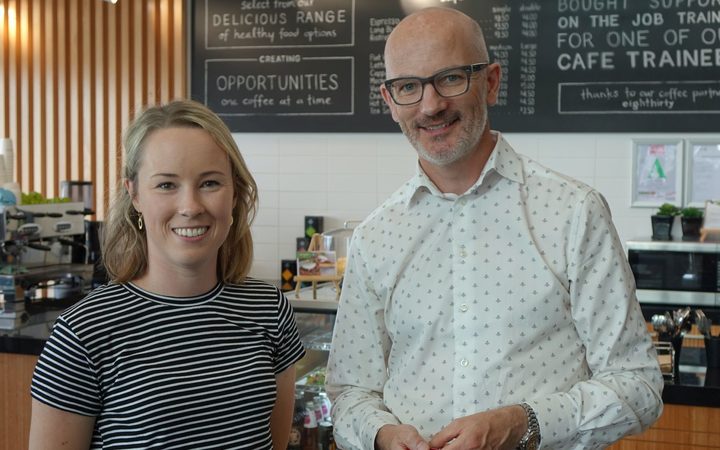 Odyssey Cafe in New Lynn started training up young people on the till, in the kitchen and on the coffee machine a year ago.

They said prior to the programme, many of the trainees had never had a job and struggled to function sober.

Bobby, 22, said the programme has helped turn her life around.

Six months ago she said she had "no motivation for any future".

But now she's set to pursue a career in social practice starting with a foundation course next month.

Nicola Corney set up the training programme about a year ago - six months after the cafe opened.

She said 23 people had started the programme and 13 had finished.

Three-quarters were now in education, training or treatment, she said.

The trainees had developed in "ways you don't expect," Ms Corney said.

"They really come out of their shells.

"In their first shift they're always ... really shy and nervous."

She said most of them hadn't had a job before and if they had, they struggled to go to work sober.

But the training also involved soft skills which many found difficult.

"For the trainees learning to make eye contact ... moving beyond that barrier [was challenging]," Ms Corney said.

Bobby said she wasn't able to talk to people who didn't look like her or have the same upbringing, but now she was different.

"Just seeing how people work with other people with addictions and all sorts. It just made me see that ... I could maybe be one of those people helping somebody."

Tristan, 19, also went through the programme. Soon after he finished five months ago he landed a job making coffee in an inner-city suburb.

He said he worked part time and planned to continue that while he studied audio production this year.

"It was a cool experience and then because of the experience I got I was able to get the job I have now. That was a bonus."

Ms Corney said she hoped year two for the cafe would bring in more trainees and more opportunities for those who finished.

"We do support them at the moment to move into employment once they leave us but we would really love to have established partnerships with [companies] as well."

She said the students also get unit standards for completing the work and although not everyone who starts completes, she was proud of them taking the first step.