Queenstown Lakes District Council is waiting for a geologist to advise it on what to do about deep sinkholes at a Wanaka beach. 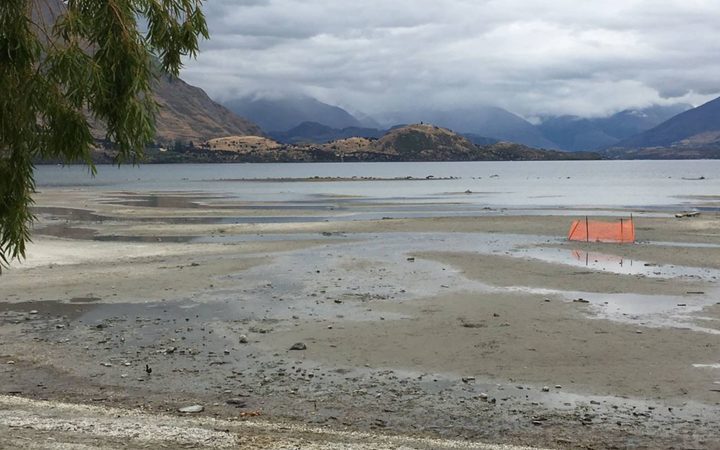 The sinkholes can be in the shallows beyond the waterline as well as the mud closer to the beach. Photo: Queenstown Lakes District Council/Facebook

The council has put up warning signs and a fence around the holes at Bremner Bay, about two kilometres around Lake Wanaka from the town's main swimming beach.

Queenstown Harbourmaster Marty Black said there appears to be at least a dozen sinkholes across the beach, some as deep as 1.8 metres, and a metre wide.

He said some locals said the holes have been there a long time, but he had never heard of them before.

The council is waiting for an assessment by a geologist through Land Information New Zealand in the next few days before it decides on next steps.