New Zealand's third most popular parody folk duo Flight of the Conchords are hinting at a return to the small screen this year. 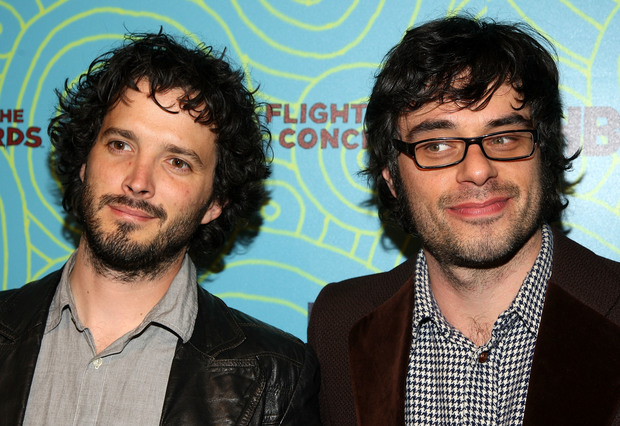 The Flight of the Conchords duo Bret McKenzie and Jermaine Clement starred in an HBO series which ended in 2009 after two seasons. Photo: AFP

Speaking to an Entertainment Tonight reporter at FX's Television Critics Association press day on Friday, Jermaine Clement revealed that he and Bret McKenzie were working on "a little something" for the fans, and went on to say: "We're going to film a little something this year."

Asked to confirm the news, McKenzie's mother, Deirdre Tarrant said in a text to RNZ "it seems it could be true".

The Flight of the Conchords HBO series ended in 2009 after two seasons.

The show featured both Clement and McKenzie playing fictionalised versions of themselves as they tried to break into the music scene in New York City.

The show spawned a hit album, "Flight of the Conchords", which debuted at number 3 in the US Billboard 200 chart.

Flight of the Conchords begin a 22 date tour of the UK and Ireland in Portsmouth on 5 March.