It was foamy stormwater - not raw sewage - that flowed into Takapuna Beach yesterday, but authorities are still advising people not to swim. 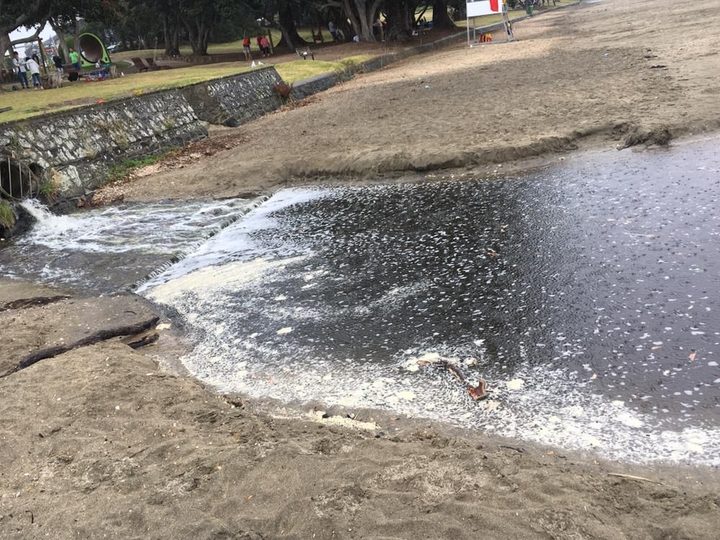 Surf Lifesaving initially reported that raw sewage was flowing directly into the water and said they had removed flags at the beach.

In a statement however, Watercare said tests of the water had since come back negative for human waste or ammonia.

Martin Neale from Safeswim said the pipe at Takapuna Beach had a history of problems. 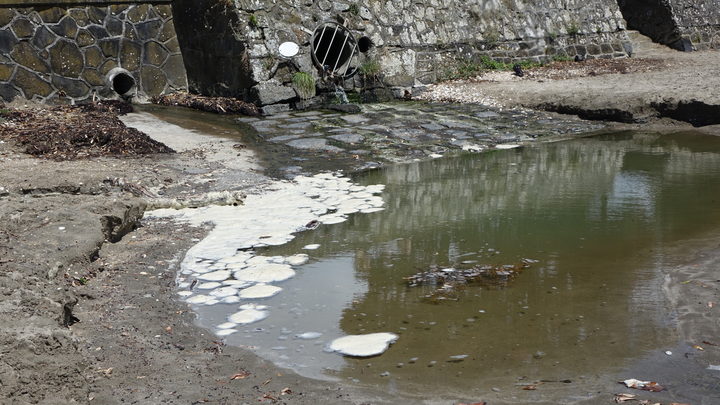 "We know there have been investigations into the discharge from that pipe over the last few years which provide evidence that human sewage contamination has been found in that pipe at times," he said.

Mr Neale said while he is unsure what exactly was coming out of the pipe yesterday afternoon, the advice to beachgoers still stands don't swim in the water. 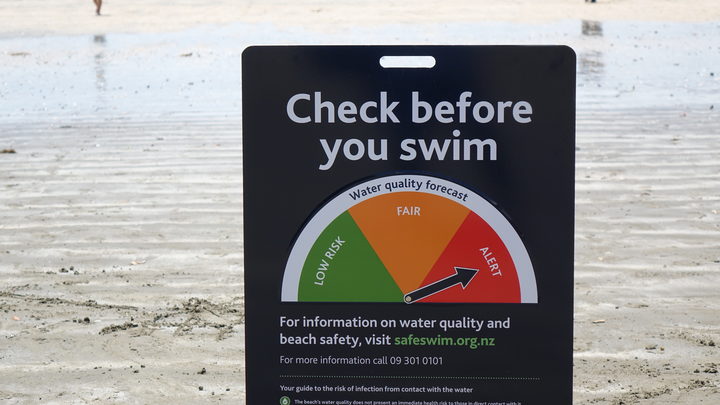 Despite the test results, Safeswim urged people to stay out of the water at Takapuna again today. Photo: RNZ / Jessie Chiang

The Safeswim website also showed temporary no-swim warnings at many other city beaches.

Stormwater and wastewater pipes have been known to overflow into each other in Auckland, especially after heavy rain.

The council is spending $1 billion on tackling water quality.