One person has died and another is injured after a truck rolled in Northland this morning. 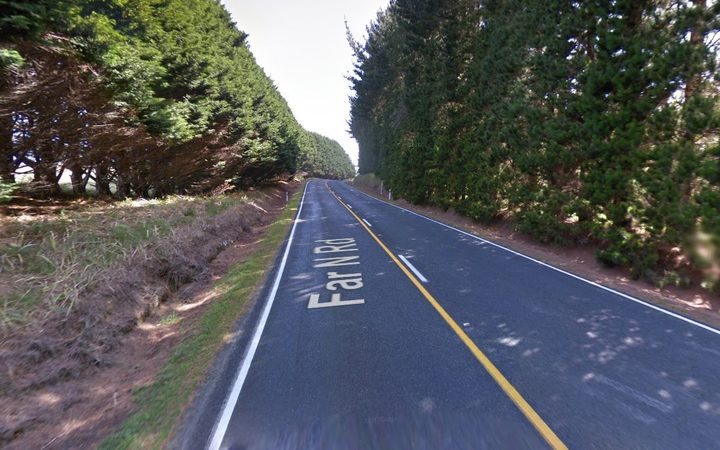 Emergency services were called to the crash on Far North Road near Waiharara at 8am. Photo: Google Maps

Emergency services were called to the crash on Far North Road between Cox Road and Katavich Road near Waiharara shortly before 8am.

St John Ambulance said one person had died and another was transported to Kaitaia Hospital with moderate injuries.

The death brings the holiday road toll to nine.

On 23 December taxi driver Abdul Raheem Fahad Syed, 29, was killed in central Auckland in a collision with a man accused of drunk driving and running a red light.

Later that day, 64-year-old Fijian National Lalita Devi was killed in a single-car crash in Northland.

Early on Christmas Eve the driver of a car died after hitting a tree in Hanmer Springs.

Later that morning one person was killed after a van rolled down a bank in central Hawke's Bay.

A fifth person died in hospital after a three-car collision on State Highway Five near Rotorua.

On Boxing Day 80-year-old Horton James Hill of Christchurch and 31-year-old Matthew James Gilchrist of Oamaru were killed in a crash on Waimate Highway in Canterbury.

On Friday the body of a 44-year-old man was found after his car plunged off a steep bank into the Okuru River south of Haste.

The official toll period began on 22 December, and runs until 3 January.