One of the country's busiest beaches has been inundated with dying bees, creating a hazard for holidaymakers. 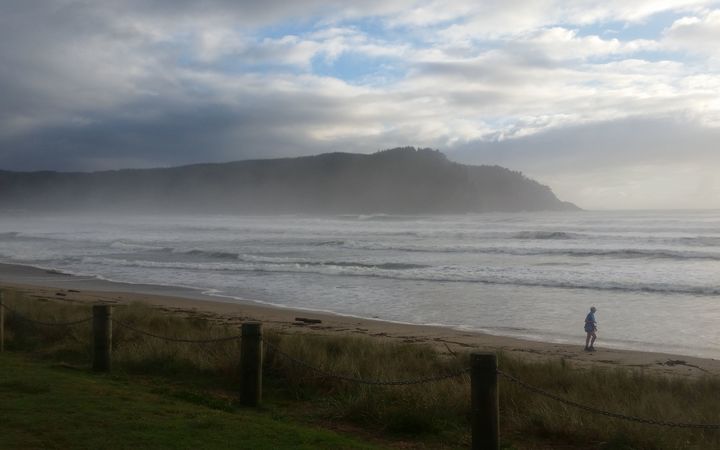 Dying bees have been washing up in Whangamatā. Photo: RNZ / Sarah Robson

Surf Lifesavers at Whangamatā have gone as far as issuing a warning to beachgoers to watch out for the insects.

Deputy Head Guard Max Jones said they had dealt with dozens of first aid requests for bee stings as thousands of the insects began washing up on the beach this week.

He first noticed them washing in with the tide on Monday and said it got worse as the week progressed.

He said that by Wednesday there were thousands of bees all along the high tide mark and they had to help about 20 children who had been stung.

Mr Jones said he had never seen anything like it, and while they were trying to alert people to the problem it was difficult with so many people on the beach.

He said the bees were mainly at the high-tide line, and while the numbers appeared to have decreased people still needed to be vigilant.