A woman was critically injured after being thrown from a car on Te Matai Road at Ngawaro, south of Tauranga yesterday afternoon. 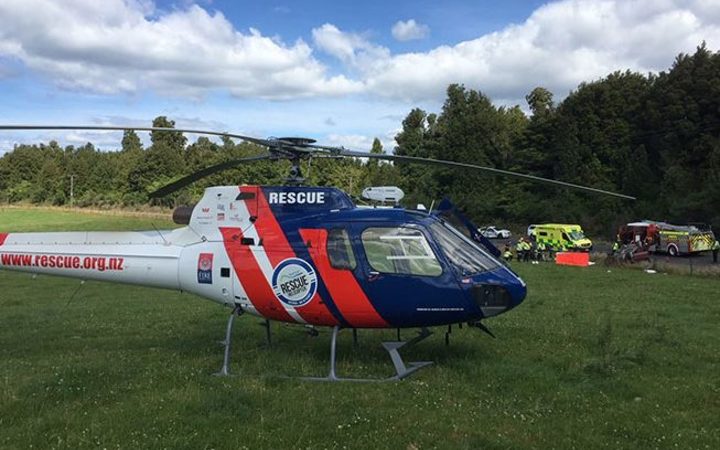 The BayTrust Rescue Helicopter at the scene of the accident yesterday. Photo: Supplied

The 31-year-old was airlifted to Waikato Hospital by the BayTrust Rescue Helicopter, which was called out shortly after 3pm.

She was one of five people in the car which went off the road into a farm paddock. The other occupants suffered only minor injuries.

The road was closed for several hours while the accident was investigated by police.